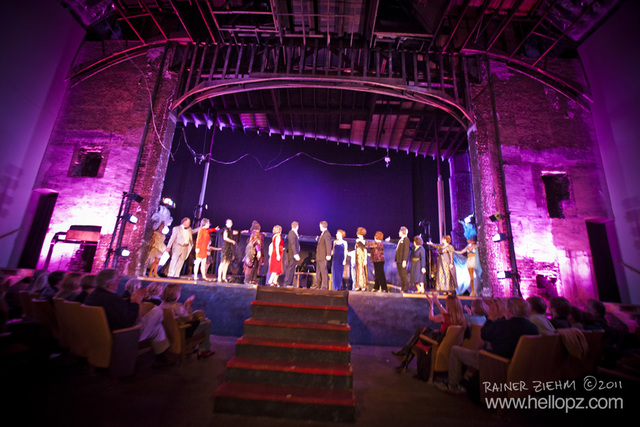 Located in the Victorian Village area. The Garden Theatre was opened November 25, 1920 with Lewis Sargent in “The Soul of Youth”. It was re-named Lincoln Theatre by 1928. It was operating as the Garden Theatre prior to 1941, and had a capacity for 643. After closing as a movie theatre, by June 1979 it had become a burlesque venue. In recent years it has been a church.

In September 2011, it reopened as a live performance venue, also with movie use and as a wedding venue. Currently seating 138, money is being raised for further renovations and to increase the seating capacity to 300.

Nice to see this page! It brings back some fond memories of a theater I (literally) grew up in! My great-aunt, Ethel Miles, played the organ here for silent films in the 20’s before buying it as the first of the many theatres she and her husband Walter eventually owned. It was very family-friendly during their tenure, where I saw Elvis’s films, Disney films, and some horror films (The Blob; The Creature). My first job was working the concession stand with my great-grandmother! Thanks for the memories!

Will this be actual film projection, as opposed to DVD?

This is wonderful what is happening with this theatre. I wish it and the owners, performers and patrons all the best and continued success in this endeavor!

According to the TheatreOrgans.com Searchable Opus List Database of original installations, the Garden Theatre had a Wurlitzer model D theatre pipe organ, opus 1508, installed on November 15, 1926.

The D had two manuals and six ranks (with a horseshoe console), also featuring four tuned percussions and 20 traps and sound effects.

This model is considered by some aficionados to be one of the most versatile of the small Wurlitzer theatre pipe organs, not requiring any “hot-rodding” or expansion to suit their tastes.

Anyway, this organ was, at some point, repossessed by Wurlitzer, and the last I know of it, it was installed in the residence of a Mr. Howard Hundley in Charleston, West Virginia (as of January 13, 1933). I do not know if it is still there, or where it is now, although I would love to hear from anyone else with knowledge of the present-day whereabouts of this organ, or at least of its parts.

If you go back to 1925 this was the Apollo Theatre and by 1928 was renamed the Lincoln before becoming the Garden.

I found an opening date for this theatre of 25 Nov 1926 which coincides with the installation of the Wurlitzer organ.