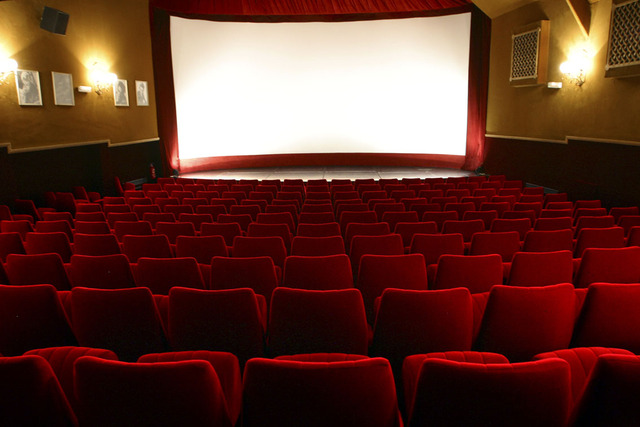 Located in the southeast of the city centre. One of the last district theatres “cinema de quartier” in French, this cinema was opened in early-1911 as the Royal. In the 1920’s a building was erected beside and a balcony was added increasing the seating capacity to 400.

In the 1980’s the owner, a French movie director, Jean Gourguet, was near to selling the theatre to a supermarket. A group of young cinema lovers decided to take the management with a new manner (several films each day and thematic evenings). The most successful was an evening with the “Star Wars” trilogy.

In 1985 because the projection booth was in a corner they decided to refurbish the building. A new auditorium was added in the balcony with a cosy design and the main auditorium was turned to stadium seating with a new projection booth in the center and a wide panoramic screen. The 1950’s look of the theatre was preserved and stereo sound added. Behind the huge screen remained the silent movie screen painted on the wall.

The new Escurial Panorama was very successful with first run films. Around 1987 the team sold the theatre to a independent art movie society. As of 2009, the main auditorium seats 244 and the former balcony screen seats 85.

Exterior and lobby photos from July 2012