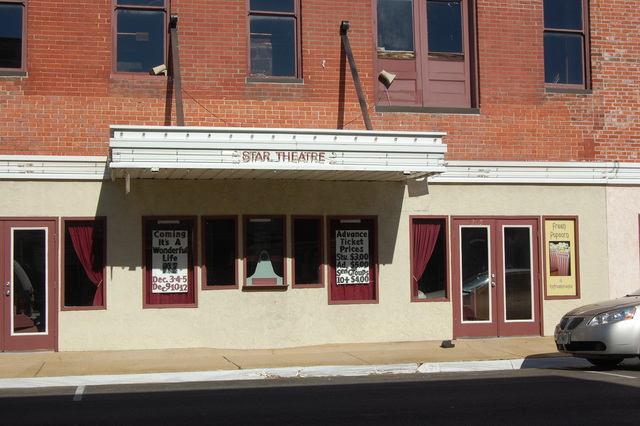 The Star Theatre was built in 1922 for silent movies and then changed over to ‘talkies’ and closed in the late-1970’s. The Willow Springs community bought the building in the early-1990’s and started a project with the Willow Springs Arts council to renovate the building.

It was completed in 1998 and has been used as a stage show building until recently when we installed a new projector. It can now be used as a multi-purpose building with a meeting room attached to it next door with new bathrooms and a kitchen area. The theatre itself is a mixture of the old building and new technology.

My Father grew up in Willow Springs in the ‘20s & '30s, he spent many Saturdays at the star Theater. He remembered the silents showed there, and that they played a lot of Harold Lloyd movies. He remembered when they converted to sound describing what I later realized was the Vitaphone system with the oversized record discs. The several times that I visited Willow from the '70s to the '90s it was always closed. glad to see that it has been restored.