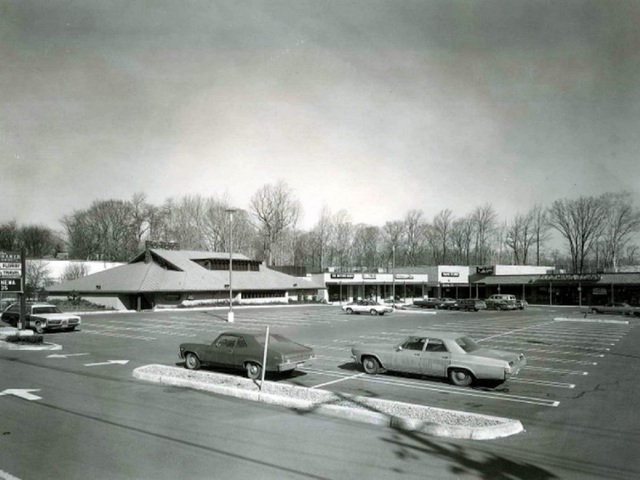 Located in Paramus' Plaza 35 strip mall near the intersection of Route 4 and Route 17, the theatre was built for the Jerry Lewis Cinemas chain, but they never operated it. It opened under independent management in December 1973. After a 1983-early-1990’s stint as a UA and as a sub-run bargain house, the theatre gained independent ownership and, on July 25, 1997, began billing itself as Bergen County’s only showcase for independent and foreign language films.

Despite the efforts of ownership, the new format didn’t succeed in holding off the multi-plex competition. After showcasing “The Triplets of Belleville” in late 2003 and early 2004, the theatre converted to a full-time live music venue. It has featured acts such as Richie Havens, Dave Mason, Mountain, and Leon Russell.

In its exhibition configuration, seating capacity was variously reported as 314, 315, and 335. (Knowing the proclivity of theatre owners to inflate such numbers, the 314 count is most likely accurate.)

Film exhibition was still possible in the facility, as evidenced by a May 2004 free preview screening of “Super Size Me”.

The theatre closed in December 2004 and has been converted into retail use.

Nice picture on the site in black and white. Very retro.

Announced as the Jerry Lewis cinema per this article: 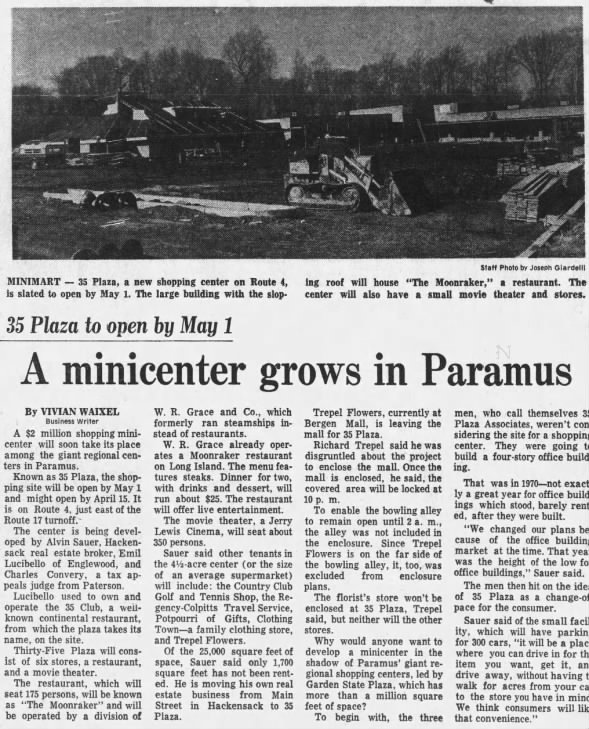 When it opened, it was the second art house cinema to open in Paramus, with the Bergen Mall having shown art films for awhile before it closed down in the early 90s.

As of December 2020, a Blick Art Supplies store occupies most (maybe all?) the space that this theater occupied. It was a really cute theater. Not grand or anything but well maintained. The kind of movie theater that we will likely never see again.

I agree. Prices were reasonable at this theater compared to the big theatres in Paramus, NJ near malls, and crowds were good.

I saw “Executive Action” there in 1973. I still have the herald (fake newspaper) that they gave out to accompany the film.

It had a incredibly small marqee for posting what was playing. I shall remember always the signage for the Brooke Shields vehicle