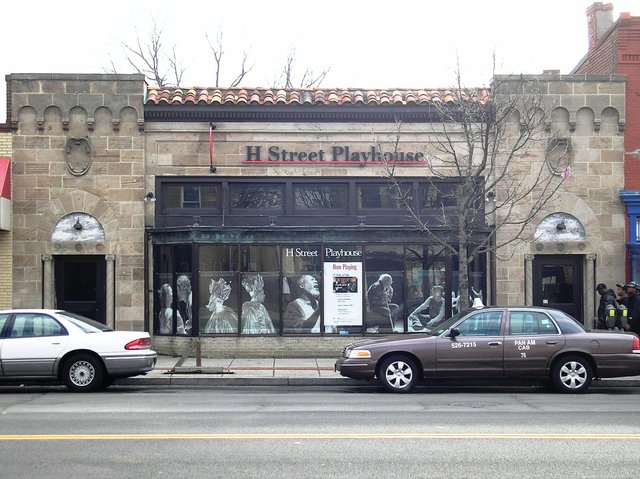 The building which today houses the 150-seat H Street Playhouse, home of the Theatre Alliance, was originally built in 1928. Located on H Street NE between 13th Street and 14th Street in the Rosedale neighborhood, the building was built for a car dealership.

After sitting vacant a couple years, a roller skating rink briefly operated in the former theatre, followed by a furniture store, then a printing company, and finally a “soul food” restaurant, which closed in 2001. It was acquired by Bruce and Adele Robey, who opened the H Street Playhouse in the space in 2002 as a home to the Theatre Alliance as a venue for live theatre and various other live performances. Besides the 150-seat main auditorium, the H Street Playhouse also houses the Gallery H and a rehearsal studio.

It had closed by 2014 and is now a Cross Fit DC gymnasium.