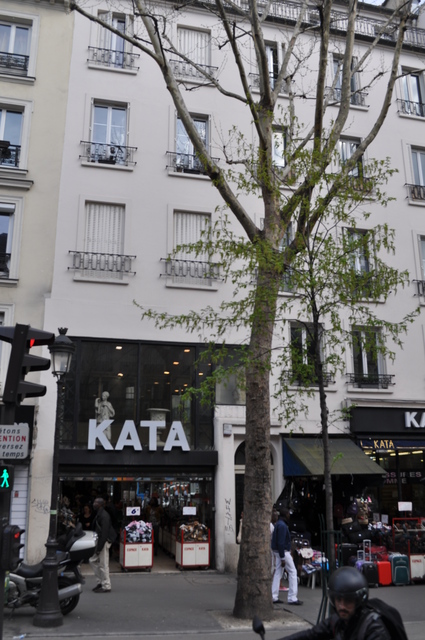 Built in 1914 as a movie theatre with a narrow lobby on the boulevard Barbes and a huge facade on the other side of the building on a small street, this movie theatre was never twinned and kept its Neo-Classical style design until the end.

The auditorium had something magic with two balconies and a stage. It was run by the same family until closing. After a long period as a neighbourhood theatre, and due to the change of patrons in this district during the 1960’s (mostly immigrants from North Africa), the programme policy turned to B movies and karate movies.

In 1985, after an adult movies programme policy which was not successful, the Barbes Palace closed despite many vain attempts to get the building listed because it really deserved to be.

The architect who was in charge to convert the theatre into a shoe store was so impressed by the Neo-Classical style design that he talked the new owner into keeping the balcony as part of the design and with a sense of humour, the screen was replaced by a huge painting of a bulldozer. It deserves a tour.