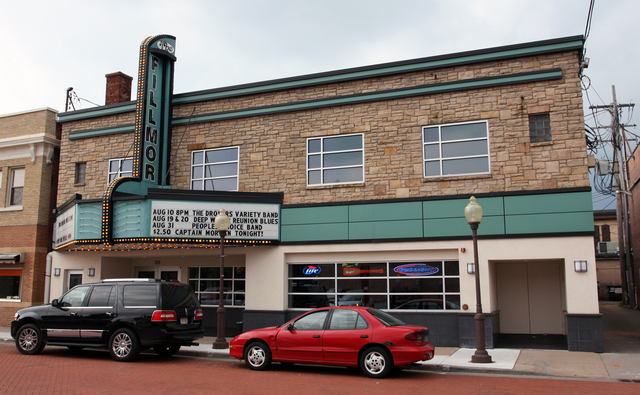 The early-20th century Bluhm Building was originally used for retail, then, in the mid-1920’s, a funeral home opened in the building, which lasted until the late-1930’s.

Former employees of the Rogers claim the theatre is haunted by a spirit which they’ve nicknamed “Bob”, who has been known to flip lights on and off, rock the seats in the auditoriums violently, and turn off projectors during movie showings.

Recent plans to convert the theater into a cyber cafe were abandoned. It became a nightclub named Fillmore and by 2018 it is a church.

Hey!
Read an article in the Wassau WI paper this 2005 4th of July weekend that they are going to restore/renovate the Rogers Cinema for a live venue, even to have the readers buy a seat and have their name on it. Hope they make it!

I just shot a movie at the Rogers Theater, basing the main story on rumors that a woman was killed there in the whore house days!

As for the live venue rumors, I know the owner and he’s been hard at work in the last 2 months renovating the building to turn it in to a bar!

Google map view above shows a place called the Fillmor. Appears to be open at time of Street View photo.

The Rogers was converted to a night club and renamed the Fillmore. The original nightclub owners filed for bankruptcy. The Fillmore has recently reopened, still as a night club, under new ownership.

Paul Rogers closed the cinema in August 2000. Marcus Theatres bought the 5-screen theatre and reopened on Dec. 15, 2000 featuring art and independent films. By February 2001, there was not enough demand, so they switched the format to show mainstream films that had finished their run at local theatres.

The local paper says the Hollywood Theatre was opened in the Bluhm Building on April 10, 1942. Keith La Vake refurbished the former Hollywood Theatre location and reused the Wausau Theatre moniker in its new location beginning on August 31, 1960 in its grand opening with “Bambi.”