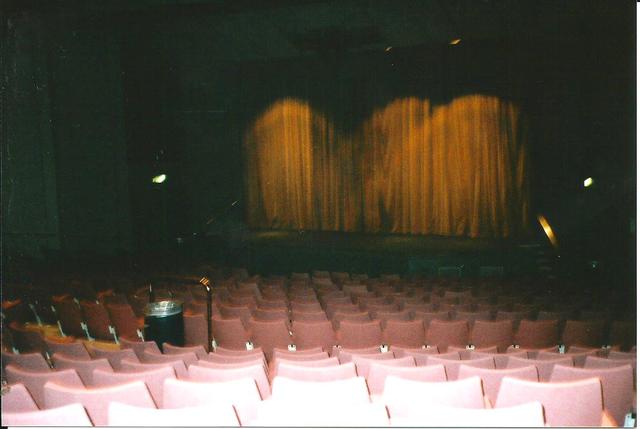 Externally the building is a massive stone Bauhaus inspired Art Deco masterpiece, although it rarely gets mentioned. Built in 1929 as the Empire Hall an extension of the next door Olympia Exhibition hall, the building has served as major venue for shows ever since, in 1987 the third floor was converted into a self-contained conference centre and a large stadium seated auditorium built seating 448 with full stage facilities.

It will operate at weekends as the Olympia Cinema, and is programmed and run by the Picturehouse Group who also run the nearby Gate Cinema in Notting Hill amongst others. The cinema will provide a welcome venue for foreign film in Kensington which is only served by a mainstream six screen Odeon and two bland mainstream mutliplex’s.

Unfortunately, the Olympia Cinema was short-lived and closed within months of opening.

This is great news…I only live up the road…

only lasted a few months