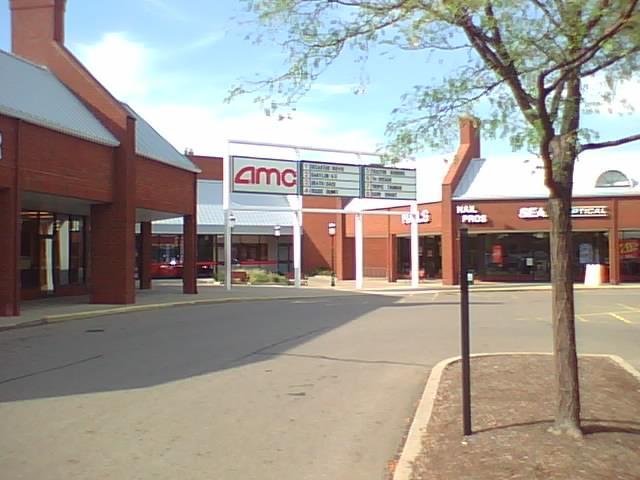 Went to see “Independence Day” here in ‘96.
It was my first experience with digital sound,and it blew me away!

The entrance can be seen here

Started in September, this is the first major upgrade for AMC Ridge Park, and it coincided with a similar project at AMC Westwood Town Center Cinema 6 in Rocky River. Kansas-based AMC has said the goal of the initiative, mirrored at roughly 25 locations nationwide, is to revolutionize what it means to go to the movies by bringing the comforts of home to the theater.

“The best possible guest experience is at the heart of everything we do. Whether that’s through numerous food and drink options, a full bar, incredibly comfortable chairs or an amazing movie presentation, we want our guests to be excited about coming out to the movies again and again,” AMC Executive Vice President for Development Mark McDonald said in a statement.

The recliners replace the traditional fold-down seating, and allow guests to stretch their legs. Capacity in each of the eight theaters has been significantly reduced to accommodate increased spacing between rows.

Every screen and sound system has been replaced, and are now all fully digital and 3D capable, Noonan said.

Out in the lobby, guests will now find “MacGuffins Bar,” featuring on-tap and bottled beer, wine, cocktails and even a margarita machine. Drinks can be enjoyed at the bar – named after a term coined by filmmaker Alfred Hitchcock – or inside the theater.

The snack bar still has old favorites like Goobers and Milk Duds, but has added hot options including chicken tenders, mozzarella sticks and pizza to the menu, now presented via a large digital screen. A “very popular” Coca-Cola Freestyle machine gives guests the ability to mix a wide variety of flavors, Noonan said.

The facility has also received fresh paint and carpeting, improved bathrooms and new signage on the façade.

“We’re thrilled AMC is adding such extensive upgrades to both locations in Brooklyn and Rocky River. The renovations will redefine moviegoing in Cleveland and will significantly enhance the entertainment options for our shopping centers,” Zeisler Morgan President Shannon Blackwell said.

In anticipation of a rise in demand, both theaters are instituting a reserved seating policy. More information is available at amctheatres.com/ridgeparksquare and amctheatres.com/westwood.