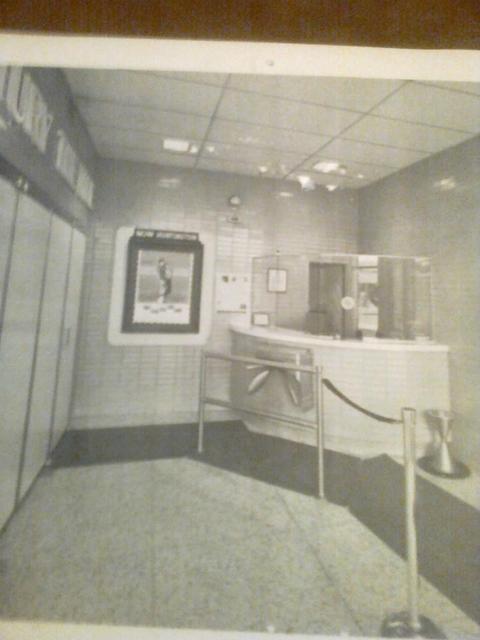 Another of Century Theaters Long Island houses which thrived in the 1960’s. The theatre was located in the Huntington Shopping Center and opened on December 26, 1961. It was closed in 1985.

This theatre had about 100 seats less than the Whitman.

I seem to recall the manager of the Whitman saying it had 750 seats which would make this 650.

That’s about the number I know the York had 600 and something seats.

there was something I can’t explain what it is that I always liked about the York theatre that’s why I was so upset when I first heard they made the decision to close back in 1985.

that’s why I’ve not ever forgotten that 1985 is when they closed.

but I was always wondering when they opened and thanks to this site finally finding out that they opened in 1961.

well at least the York theatre was around for 24 years from 1961-1985 even thought it would’ve been nice if they could have been around for more than just 24 years.

but I’ve been dying to see pictures of the York theatre besides just the 3 on this site right now,

I WENT TO THE YORK IN THE EARLY “70’S”,I SAW “WONDERWOMEN”,“BEYOND ATLANTIS”,AND"THE BIG BIRD CAGE",ALL MADE IN THE PHILIPPINES WITH AMERICAN ACTORS.ALSO BRITISH HORROR FILMS,“ASYLUM”,“THE VAULT OF HORROR"and"AND NOW THE SCREAMING STARTS!”.IT WAS A NICE THEATER, TOO BAD ALOT OF THEM HAD TO CLOSE.

Had this theater remained open it would’ve been a Cineplex Odeon, then a Loews Cineplex, and finally an AMC.

Now it’s a Famous Footware location. As a result they changed the roof line to conform to the corporate image.

Thank you for the photo of the ticket window! It’s from 1977, as the movie poster is for “You Light Up My Life”– of which everyone knows the SONG but nobody saw the MOVIE.