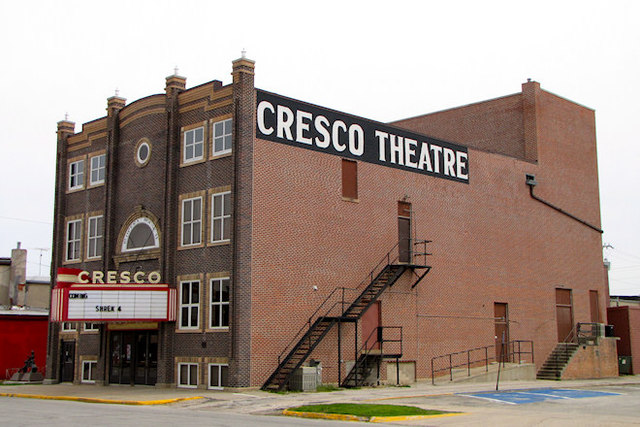 The present Cresco Theatre was built in 1915 and called the Cresco Opera House. It was where the travelling shows stopped to put on their performances between 1914 and the 1920’s.

The Opera House has been fully restored including a chandelier in the lobby and unique decorative plaster work. Residents can attend daily movies at 7:30pm Monday thru Thursday and 7:00 and 9:00pm on week ends. Matinees when warranted. They also have live performances put on by the Cresco Community Theatre.

Here is the registry information:

So far I’ve been able to find three other theater projects involving the same firm, all from 1914. One was the Auditorium Theatre in Waukesha, Wisconsin. The others were in Montevideo and Willmar, Minnesota. I’ve been unable to establish the identity of either so far, though the Montevideo house was probably called the Star.