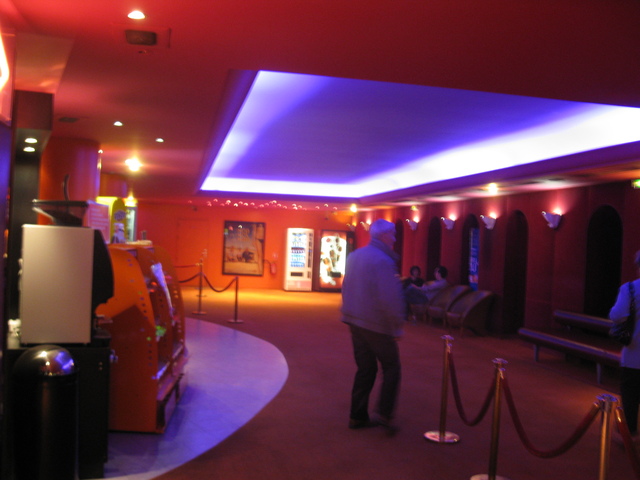 In the 1930’s a huge office building called the Palais de Hanovre was built on the Grand Boulevards. At the ground floor were stores and the Michodiere newsreel theatre that seated 200.

It was one of the most important first run movie theatres in Paris at that time. The design featured a huge curved lobby with stained glass windows leading to the big auditorium which had club armchairs. However, due to two large columns in the auditorium space, the size of the screen was limited.

In the 1980’s, the Gaumont France chain took over and divided the Berlitz including the restaurant (the former newsreel house) into six small screens. The place lost its original design and was not attractive.

In the 1990’s the building was entirely rebuilt with only the façade remaining. In the new building, the new six-screen multiplex run by Gaumont as the Gaumont Premiere, it has a much nicer design and has a total seating capacity of 1,137. By 2018 it had been re-named Gaumont Opera - Cote Premiere with a reduced seating capacity of 1,124.