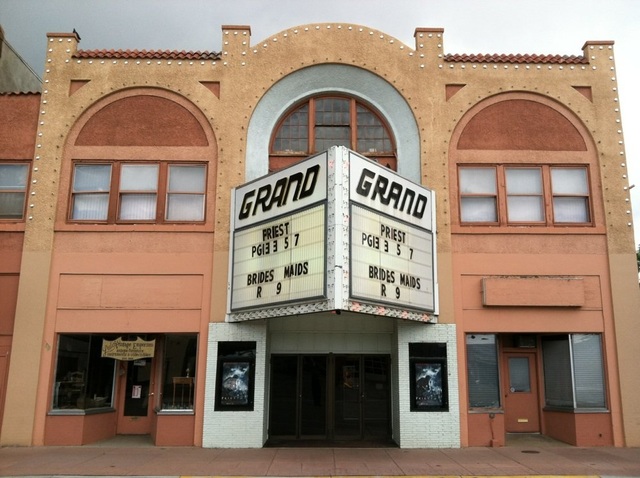 The Grand Theatre opened in the 1920’s, replacing an older theatre by the same name across the street. The current Grand Theatre was built on the site of the Wyoming Hotel which had burned down. The Grand Theatre contains a stage, an orchestra pit, and a balcony.

The Grand Theatre is operated by Gabel Theaters, which also runs the Acme Theatre and Gem Theatre in Riverton. All three screen first-run films. They were taken over by Barry Cinemas in 2012.

The original Grand Theatre building is still there at 259 Main St.

This theater is now under the management of Barry Theaters: View article

The link in the last comment is broken. Here is another attempt to link to it.