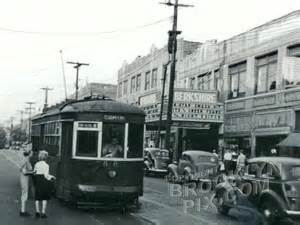 The Berkshire Theatre opened in 1926. It was equipped with a Welte organ. It was operated by Fox Theatres, then the Interboro Circuit Inc. It was a late-run “nabe” in the Bay Ridge section of Brooklyn.

The Berkshire Theatre closed in 1955 and was converted into a Sons of Norway Center in 1956. Today it houses a mosque.

I show the Berkshire Theatre closing in 1955.

When I lived around the corner from the Berkshire in the early 50s, we went there most Saturday mornings, no matter what was playing.

In 1955 it was converted into The Sons of Norway Home, keeping its marquee. 8th Ave. then was known as “Labscouse Avenue” due to its heavy Norsk concentration. And the 17th of May Norwegian Independence Day parade along 8th Ave. would pass the Home every year as well.

After living in Manhattan for some 25 years, I’ve recently returned to the old neighborhood to find it’s the largest concentration of Chinese outside of Manhattan’s Chinatown. And the Bershire is now a mosque. I went inside to take in the grandeur of the space, and it’s still impressive. At least it’s not another “retail space.”

The Berkshire Theatre opened in 1926.

I remember The Sons of Norway hall at the former Berkshire Theatre…the lobby was a bright blue tiled masterpiece and the Norwegians who owned the hall often had stamp and coin shows…my late mom used to take me there on the one Sunday a month they had the coin shows…now as someone else said it’s a mosque…there used to be a sign that said “Berkshire Theatre” but it was covered over years ago.

Sorry for above post, link to Berkshire is in error. Correct link is:
http://brooklynpix.com/photo1/S/sunset36.jpg

Excellent photo! I wasn’t around to see the theatre open so this is a real treat I believe the shop with the SODA sign across the street was called Dodenhoff’s.