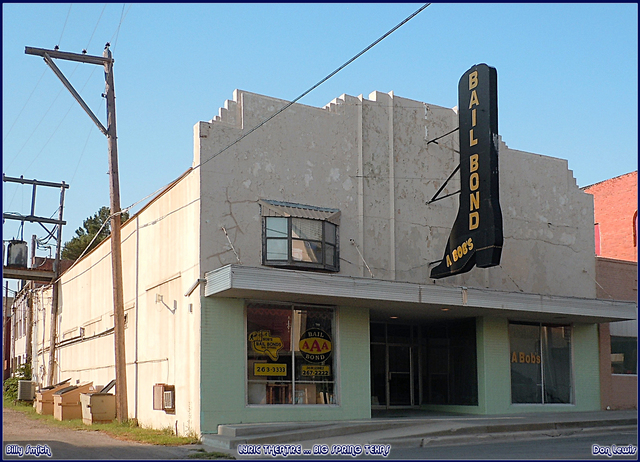 The Lyric Theatre opened June 14, 1913 seating 423. It was remodelled in 1934 to the plans of architect W. Scott Dunne, reopening on December 5, 1934. It had a small balcony. The theatre has been closed since 1952. It is now occupied by a bail bond office. The old vertical has been stripped of the neon and painted black with Bail Bonds painted in yellow letters.

Here is an undated photo:
http://tinyurl.com/36e68e