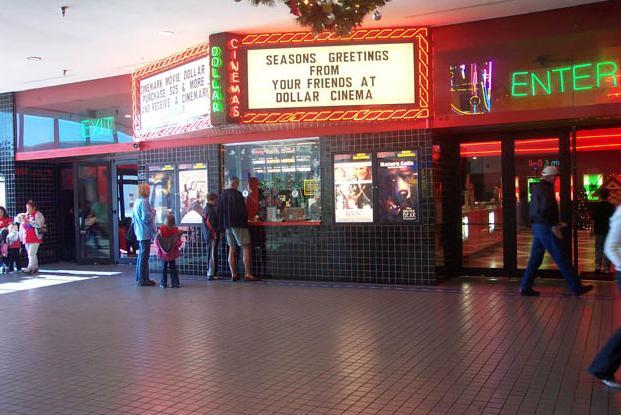 Cinemark opened this theatre on December 11, 1987 as a first run venue. It is located in the mall with seven screens. With the compitition of the larger multiplexes in close proximity it was switched to a discount house.

It has a nice large lobby and large concession area. The entrance is in the mall and has a nice sized triangular shaped marquee over the entrance. It seems to be doing well with the sub run policy as both times I was there there were long lines.

This opened in 1987. It is one of the first theatres to be built by Cinemark.

If I’m not mistaken, this theatre opened as a discount theatre.