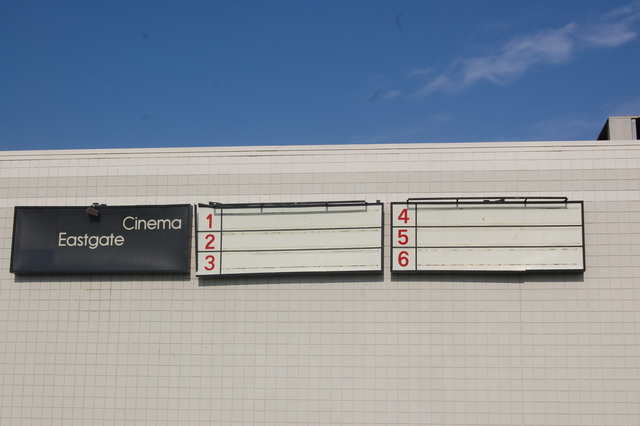 Opened June 28, 1974 as a twin. It was remodeled into a six screen theater on May 15, 1987. The theater became part of the AMC corporation around 2001 when AMC bought the General Cinema Corporation. It remained open until January 2004 when it closed its doors forever. It was demolished in Spring of 2015.

I think it was 1986 when it was turned into a 6 plex. It became the district office after opening as a 6 plex until GC opened Clearwater Crossing in 1993 then it moved there.

Yes the theater is still standing. I worked there from November 1997 till the building closed in January 2004. Good times.

Do you know if the theater is still standing and if there is still equipment in the site?

I remember when when I worked for General Cinema there was a time when some theaters in I think Detroit were sold and when they shipped everything out they even keep the toilet seats and shipped it to us at the theater I was at ( Glendale )at the time.

I only know of one theater that equipment was left in at the time of closing and that was only because they thought a deal to sell it was going to be final. It turned out it was later resold to a different company.

It will usually take a week or so after a theater closes to clean out all the equipment. I even closed one theater that was going to be knocked down for a Kohls and everything had to be removed first.

The theatre opened in 1973 as a twin, and expansion started in fall of 1986 with the twin portion closing sometime just after Jan 1, 1987 and the original 2 auditoriums remodeled and then the lobby connected with the new expansion and that portion re-opened in March of 1987 with the 4 new auditoriums opening in May 1987. With that remodel, the original auditorium #2 had dolby stereo added and the new auditoriums 3 & 4 had dolby also. Auditorium #3 was actually built based on THX specifications (materials, sound proofing, hvac system, etc.) and was supposed to have been Indy’s first actual THX certified auditorium. That was dropped in the last few months of construction however, due to budget constraints and the upgraded equipment (special amps, wiring, etc.) wasn’t added.

The booth was mostly stripped as was most of the concession equipment, poppers, etc. The only thing that remained in the building as of June 2004 were the seats, screens, and cabinets/counters. The building still is standing, however in June 2004 the entire mall closed and the theatre building is in a state of decay due to no one monitoring or maintaining it. The equipment was sold is generally used as spare parts by parts companies for older equipment that is still in use or purchased by theatres in other countries that are a generation or two behind the U.S., Japan, or Europe technically.

Unfortunately with the building’s neglect, it would cost several hundred thousand dollars to rehab it and probably should be demolished.

There was supposedly a plan in late 1998 or early 1999 to replace the buildling with a new 16 screen facilty sometime in 2003 or 2004. The then property owners Simon & Assoc. and the theatre operator General Cinema were supposed to have agreed to demolish the southern half of the existing mall, remove the old Cub Foods building, and build a new mega plex on the old mall property connecting it with the old portion of the mall at the food court. The mall would be again remodeled from the food court on North. The developer then would attract restaraunts and such to the perimeter of the mall property. The old theatre would be demolished to make way for new developement in addition to the Cubs site. This all fell through with Simon selling the mall property in late 1999 or early 2000 to a private owner and then General Cinema’s bankruptcy in October of 2000 and later acquisition by AMC in late March 2002.

this weekend marks the return of AMC to Indy with the Castleton Square 14, the first all-digital AMC theater. It’s not listed on this site yet, but someone who knows that place well will post it sometime soon.

AMC has not left Indy since purchasing the General Cinemas company. The Greenwood Park 14 theater has remained open. They bought the Loews theater chain, and continue to operate the Loews College Park 14 (with a Loews sign still on it). Clearwater Crossing was open until the nearby Castleton Square 14 replaced it in December of 2007.

The theatre was demolished beginning in the Spring of 2015