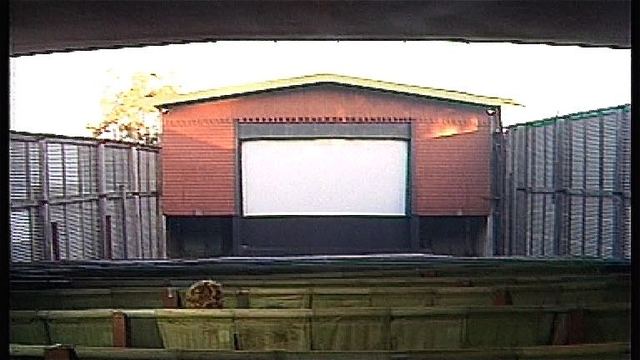 Burrill Lake Open Air Theatre was situated at Burrill Lake, 200 klms south of Sydney, New South Wales, Australia. A documentary has been made on this theatre which opened in 1946 and demolished in 1999.

It had half a roof, corrugated iron walls and canvas seats slung betwwen iron poles which were on wooden supports. It was no ornamental picture palace, but it did have a unique atmosphere all it’s own. It had 500 seats and space for 700 cars. A housing estate is now on the site.

Why was it demolished?