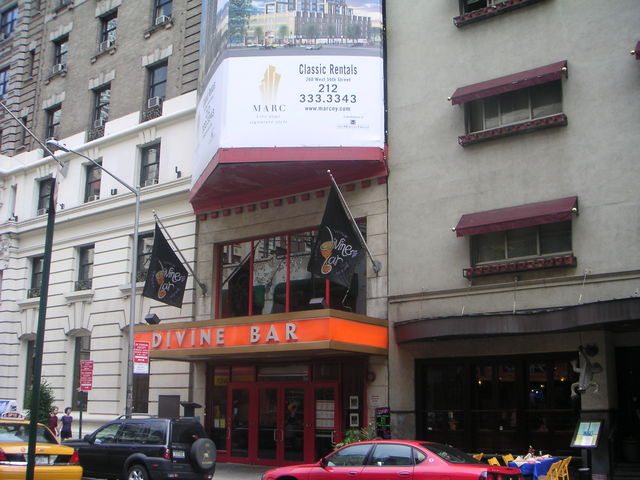 In 2012, it is occupied by a bar & restaurant known as The Three Monkeys.

heres a blow up of a previous posting from a higher res scan, still grainy, i was staying in the hotel next door and our room looked down on the roof of the david
View link

When I was there a few times in the late Seventies it was just called “The 54th St. Theatre. I believe it was on 54th between Broadway and Seventh. The first time I went there they showed a "Premiere” feature starring Al Parker. When the first film was over they brought up lights and introduced Al Parker, the star of the film and had a Q & A session. Everyone was terribly uncomfortable with the lights up and no one really had anything to ask Al other than “How do you get it up if you’re not attracted to your co-star” Al said the co-star of this film was his lover. In the Eighties I used to see all on Castro Street in San Francisco wearing the sandpapered jeans that outlined his huge schong going down one leg of his 501’s, you could see it from a block away. Unfortunaltely, I think he died in the late eights.
The 54th Theatre had a “Behind the screen lounge” which was behind the screen and served as a “back-room” I remember leaving there with a hunky trucker once. Hot very hot! Would love to hear more dirt, I’m on FB

To the left of the screen was a tiny metal spiral stairway (about 18" wide — so narrow that you always had to back up or back down if someone was coming toward you) leading to a large upstairs “lounge”, with a darkroom off to the side.

This place was always packed on weekends. But when David Lettermen moved to the newly-refurbished Sullivan Theatre the days were counting down for the New David.

Walking by, I remember this theater used to advertise –“Hot & Cold Buffet”. Does anyone remember sampling this? Or the set-up?

Why isn’t the actual picture showing as it is in the “photo section”?

I remember going here one time after leaving the DuArt film lab. I was literally carrying at least two canisters of film. This place had a spiral staircase leading up to a lounge area. 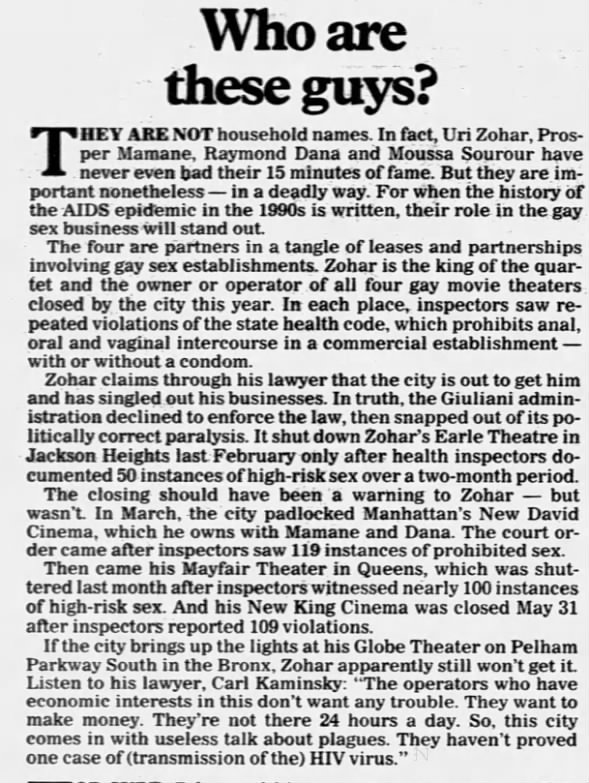