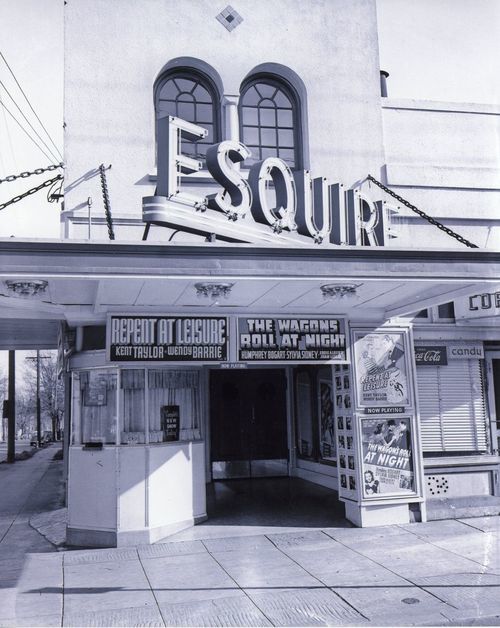 Opened as the Nob Hill Theatre in 1912 featuring silent films and local vaudeville acts. The theatre was renamed the Esquire in 1938 and remained a favorite of the north side neighborhood residents until 1987 when it closed.

The auditorium, stage house and the box office were demolished in 1987 and the front of the building was then turned into retail space.

Kiss of the Spiderwoman