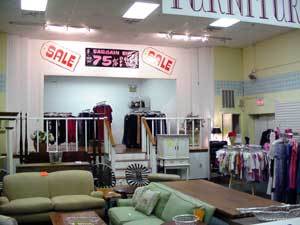 Opened in the early 1970’s in what was then known as Ashley Plaza Mall, Charleston, South Carolina’s first enclosed shopping mall, this cinema originally had two screens. One of the theaters was subdivided in the late 70’s/early 80’s to make two smaller screens bringing the total to three screens.

The ticket booth was freestanding and open on all sides. It was located about twenty feet in front of the cinema out in the mall. One had to climb a flight of approximately ten to fifteen steps behind the ticket booth to enter the theather. The concession stand was straight ahead and the lobby was also open to the mall and very small in comparison to today’s cinemas.

In 1981, General Cinemas opened a six screen theater approximately three miles away in the new, much larger Citadel Mall but kept the cinemas here open. In the mid to late 1980’s, little Ashley Plaza Mall could no longer compete with the much larger Citadel Mall. It was remodeled, renamed Ashley Landing and a portion of the mall was converted into a Burlington Coat Factory store. This marked the demise of the rechristened Ashley Landing Cinema I-III as one of the main mall access entrances was enclosed with the Burlington conversion.

The cinemas were converted briefly into a fitness center which quickly closed and then became a church, which it still remains today.

I attended movies here on a fairly regular basis. While the screens were small (especially when it became a triplex) the Ashley Plaza was a pleasant place to watch movies, and the matinee prices were great. Since the Mall itself was very small, we never had to worry about crowds either.

Charles: Check out John Cole’s website for info on the Ashley Cinema and other Charleston and South Carolina Cinemas:

The Ashley Cinema (single screen) was located on Hwy. 17.

just wanted to share a couple of thoughts with you. i saw two films here and they were some time ago. fortunately …..they were good ones. THE EMPIRE STRIKES BACK and SUPERMAN THE MOVIE were showing here and i got to see them both. i remember walking throught the mall having the time of my life and sifting throught the stores that were in there. BIG K EDWARDS big green logo on the outside facsade and a WOOLWORTH on the inside right next to them( if i remember correctly) and right down at the end……that sparkling single riser ticket booth.
i played the games in the lobby of the showroom(if you could call it that) great games like DONKEY KONG and GALAGA on one side and SPACE INVADERS and another one that i cannot remember. those were the days ya know? i remember when the citadel went up…we lived a half a mile from it . right behind the lowcountry inn in some shitty trailer park….that i still think about to this day.
if anybody lived in this area in the late 70’s to mid 80’s and you want to chat just drop me a line at i’d love to hear from you.

There are three items in various issues of Boxoffice Magazine from 1964 and 1965 about a theater called the Cinema to be built in Ashley Plaza Shopping Center, on Route 7 in Charleston.

The April 6, 1964, issue says that the theater was to be built by the center’s developer, Gate City Realty, of Ft. Lauderdale, Florida, and would be leased to General Drive-In Corporation (which was soon to change its name to General Cinema Corporation.) The 900 seat, single-screen house was designed by architect Maurice D. Sornik, and construction was to begin soon, with the opening set for Labor Day that year.

An article about General Cinema in the June 29, 1964, issue mentions in passing that the Cinema in Charleston was then under construction. The January 18, 1965, issue includes the Cinema in its annual list of theaters opened the previous year.

I have known Boxoffice to include in its annual list of new theaters houses that were planned but never actually built, but this is fairly rare. I know that the Ashley Landing Cinemas is supposed to have opened in the early 1970s, and the Wikipedia article about the Ashley Plaza Center says the shopping center was built in 1970 (and names a different development company,) then enclosed in 1971, but I’ve found Wikipedia to be unreliable even more often than I’ve found Boxoffice Magazine to be so.

Is it possible that the Ashley Landing Cinemas actually opened in 1964 as the Cinema? The Boxoffice article says that the building was 70' wide and 160' deep. This aerial photo of the center, at the Ashley Landing web site, shows a building at lower left that looks to be about that size, and which looks as though it was probably there before the center was enclosed. Is that the building where the theater was located? The impression I get from the description and comments here is that the theater entrance was inside the mall, and the aerial shows that the other buildings which were about the right size to have been the Cinema appear to front on the parking lot.

The first Boxoffice article cites the Charleston Post as a source. If somebody in the area has access to back issues of the paper, maybe they could look up articles from 1964-1965 to see if the Cinema actually got built or if the deal fell through and was delayed. Maybe check the local movie listings from after Labor Day 1964, too.

Wow, the Boxoffice Magazine article sounds very interesting. It does make me wonder if another cinema was planned at this site that never materialized. The information in the Wikipedia article is actually right on. The Ashley Plaza Cinema came onto the scene in the early 1970’s when the original Ashley Plaza shopping center was enlarged and an enclosed mall added. It was at this point that the 2-screen (later to become 3) General Cinema was added. It is true that the only access was via the inside of the mall.

Ashley Plaza actually could have been built by Gate City Realty of Ft. Lauderdale, FL, as Ashley Plaza originally only consisted of two stores – a J.M. Fields Department Store and a Pantry Pride grocery store, both owned by the same company which I believe was headquartered in Ft. Lauderdale.

My family lived adjacent to the shopping center’s site in 1963 and there was never a cinema here prior to the mall’s construction in the early 1970’s. To my knowledge, the only cinema on Route 7 in Charleston was the famed “Ultravision” at Route 7 and Route 61 in what was then known as “Grant City West” shopping center.

If I had to guess, perhaps the original developers of Ashley Plaza envisioned the cinema referenced in Boxoffice Magazine, it never materialized and instead the mall was constructed on the remainder of the site with the Ashley Plaza General Cinema I-II built at that time.

Just to comment on Billy Hamby’s post above, I remember seeing “Grease” and “Annie” at the Ashley Plaza Cinemas as a child. I also remember “Deliverance” playing there.

I, too remember the green Edward’s sign and the “Big K” crown shaped sign next to it. The store was originally the locally owned “Edward’s 5-10-25” based on King Street in Downtown Charleston. It was purchased by the national chain “Kuhn’s Department Store” who owned the “Big K” chain. It was at that time that the store became “Big K-Edward’s.” Big K was later gobbled up by Wal-Mart, and it was at this time that the Big K-Edward’s locations closed.

There wasn’t ever a Woolworth at Ashley Plaza (they were located at Northwoods Mall, South Windermere Center, Pinehaven Shopping Center and King Street). You may be remembering “Woolco” which was owned by Woolworth’s. Woolco moved into the space originally occupied by J.M. Fields Department Store. This space later was subdivided, rejoined and subdivided again and has housed Brendle’s Catalog Showrooms, United Clothing Co., Carolina Pottery and today is home to Dollar Tree, Pivotal Fitness and Bumper to Bumper Auto Parts.

The store that was located inside the mall adjacent to Big K-Edwards was actually a Magnavox TV dealer and then a women’s dress store named “Charles.” A Friedman’s Jewelers was also located a couple of stores down from Big K-Edward’s.