Casablanca At The California 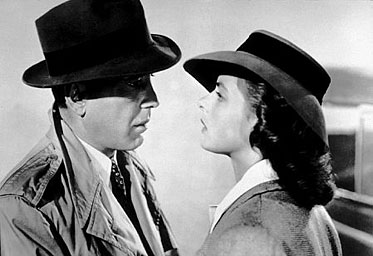 SAN JOSE, CA — On Saturday, the California Theatre will begin a six-day run of the film classic Casablanca.

The screenings — eight in total — will be more than just a movie (not that Casablanca isn’t remarkable all on its own). The theater plans to precede each night’s screening with half-hour organ concert, a short Bugs Bunny cartoon, and a newsreel from F.D.R.’s famous 1943 Casablanca War Conference in Morcocco.

Tickets, which can be purchased at the California’s box office, are priced at a very modest $5.

If you’re interested in attending the screenings, don’t miss this report from the Mercury News.