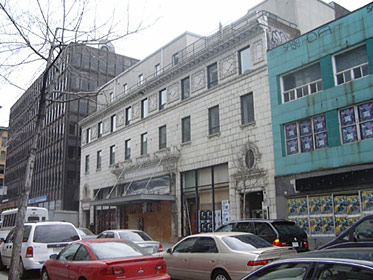 This week saw the framing of the new marquee installed. The theater was last run by Famous Players and was donated by Viacom to the Montreal World Film Festival in 1995.

The restoration has taken some time to start as funding was secured. The ornate red and gold interior will be restored, the lobby is being enlarged and state of the art projection equipment is being installed. Removal of past modifications has revealed some of the damaged detail in the facade.

The Imperial will act as the main venue for premieres and gala screenings for the 2004 Festival (August 26-September 6). Historical designation in 2001. 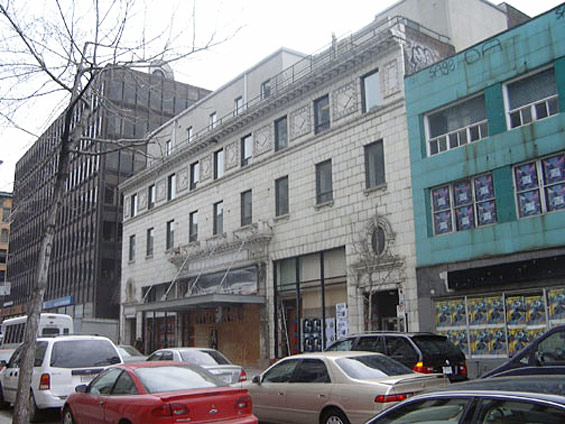 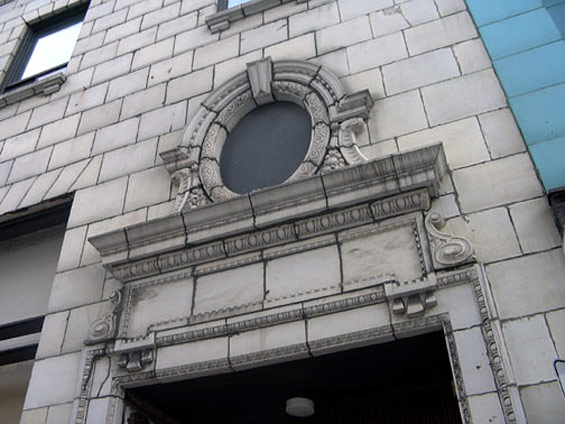 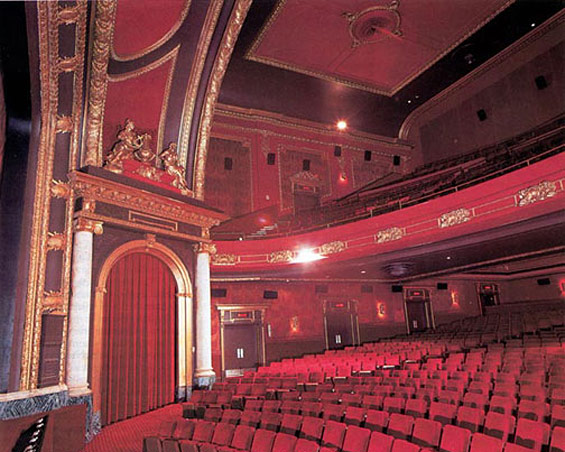 2 more screens will be built in the turquoise building on the right, from about 1990-1995 Famous Players had their eastern Canada head office on the top floor, a new elevator was installed for this office.