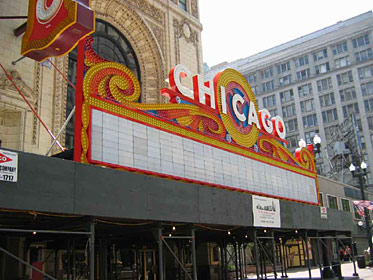 What is not known yet, is the height of the side attraction portions of the marquee. Updates ASAP. 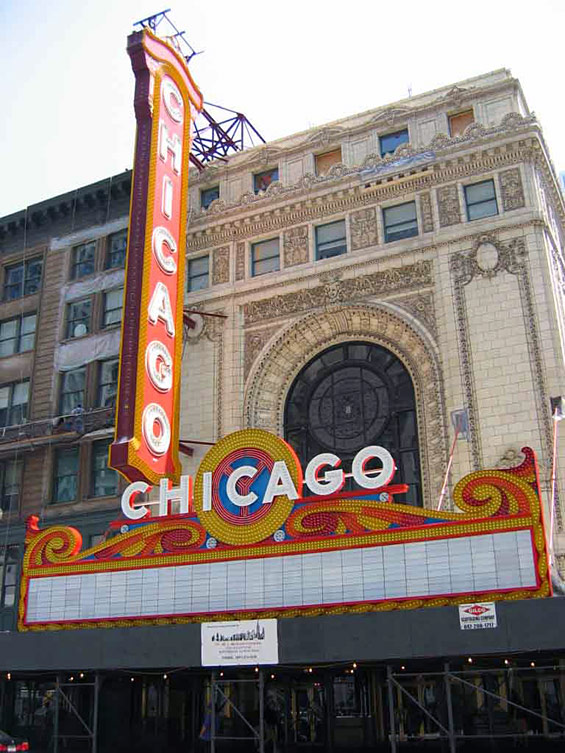 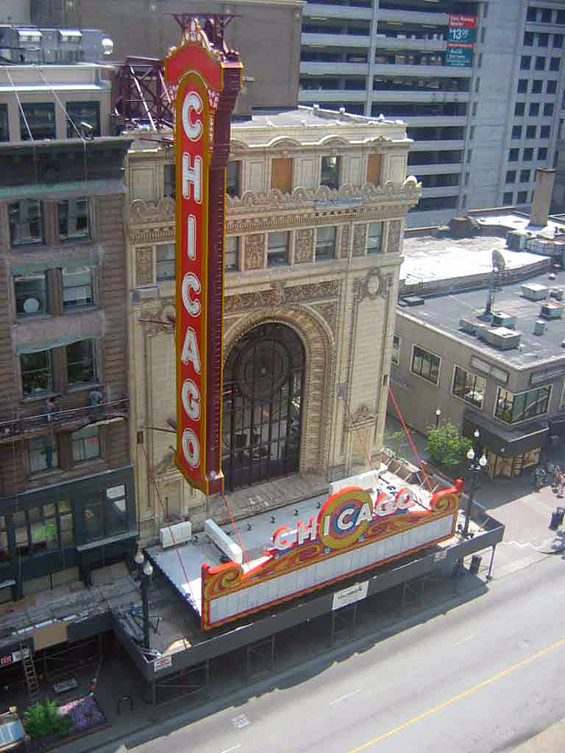 I can’t find any of the new pictures.

They should be visible now, Mike. :)

This really looks a lot like the old marquee if this is part of the new one. I loved the old marquee. I hate the fact that a lot of theaters are taking older marquees and replcing them with electronic rolling ones. YELK.

Sides are the same styles as the ones that were previously on there. I would’ve liked to see them return to the original side style (with Chicago on top of each side), but oh well. I saw these being installed in person last night

I will make sure to get pics when I am at work this weekend for the next update!

Brian, are they the full height sides, or the cut down version most recently on the side?

They looked like the cut down version. It was neat seeing the workers lifting it into place… if you look at my recent comments on the theatre’s page, you’ll see the original marquee had these shorter sides, but slightly different. I thought the full height sides looked rather out of proportion, which is presumably why they went back to the short sides in the first place

Actually, I think that original marquee might have formed the base for the neon signage. When the marquee was taken down, the canopy remained in place, and it looked an awful lot like that; I have some pictures of this. I think when the signage was added, it was simply attached to that. Now, this may have been the reason for the replacement in the first place; I would imagine that after 80 years, the cantilevered sign would necessitate the temporary support columns which were in place for the past several years. I wouldn’t be surprised if this proect came about because the underlying structure required repair or replacement. I think they made the right choice in recreating the marquee; it’s one of the classic examples of movie marquees, it’s a landmark in itself and a symbol of Chicago (and I think it’s protected), it is strongly identified with the theater, and has been for 90% of the time, during which nearly all the other palaces recieved stale, unappealing marquees, proving its timeless quality. I’m quite pleased with the way it has turned out; I can’t wait to see it lit at night again.

Does anyone know what company did the recreation of the sign?