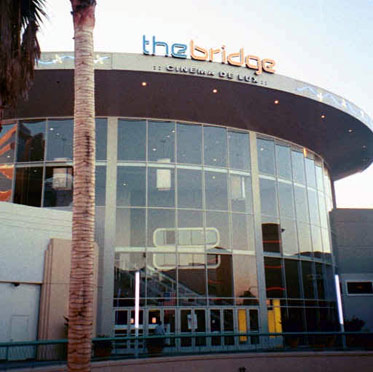 IMAX Corporation and National Amusements have announced an agreement to install as many as 18 IMAX® theater systems over the next several years.

According to the press release from PRNewswire-FirstCall, “the deal signals an important milestone for IMAX in the implementation of its commercial theatre growth strategy.”

The proprietary IMAX DMR® (Digital Re-Mastering) technology brings major Hollywood event films, such as this summer’s “Harry Potter and the Prisoner of Azkaban” and “Spider-Man,” to the giant screen. The new IMAX MPX® design allows to add an IMAX theater to a new or existing multiplex in a more cost effective and timely manner.

“National Amusements is committed to providing our patrons the ultimate movie going experience,” stated Shari E. Redstone, president, National Amusements. “We … feel that its new DMR technology is consistent with a number of things we are working on throughout our circuit. Our new Cinema de Lux brand, our focus on alternative entertainment and this new IMAX technology we are now introducing will ensure that our patrons have an entertainment experience that is unrivalled elsewhere,”

National Amusements currently operates the IMAX Theatre at The Bridge Cinema de Lux (seen above) at The Promenade at Howard Hughes Center in West Los Angeles as part of its more than 1,425 motion picture screens in the U.S., the U.K., and Latin America. North America’s sixth largest theater operator is a closely held corporation that is an equal partner in the online ticketing service, MovieTickets.com and the parent company of global media company, Viacom.

An IMAX screen is supposed to be really tall. I don’t understand how they can fit one into a regular auditorium. The auditoriums at Buckland Hills are not even close to the height needed for IMAX.

For those of you who are close enough to one of these screens, just how big are they? When I hear IMAX, I think of the huge multi story screens that our Smithsonian Museum has.

It would be nice to have a more commercial IMAX screen in our area. We have several; Baltimore, two at the Smithsonian in DC and in Virginia, but they rarely, if ever, show commercial, first-run releases in this format.

In response to the previously posted questions, please refer to a May 2003 article I wrote for Film Journal International:
http://filmjournal.com/Article.cfm?PageID=58591042
It goes into some detail about the IMAX system adapted for use in multiplexes.

In Louisville, KY, the local paper mentioned that our new National Amusements IMAX screen will be a large format, however, it will not be quite as tall (square-shaped) as our traditional 4-story IMAX screen at our science center/museum. This should give the large screen the ratios of a wide screen.

One question from me… Even though this new screen will be 4-stories tall, I am certain that it would be somewhat taller than any of the traditional screens that are already in place. I can certainly comprehend the removal of a wall between two auditoriums, but I would also think that there would have to be some other construction (such as the raising of a roof, etc.). When I drive around the exterior, I see no signs of construction on the outside and the new screen is to open next month. Then again, it is possible that they may dig down instead of going up. I am curious if anyone knows exactly how it is to be done at the Showcase Cinemas Stonybrook here in Louisville.

I recently saw Polar Express in 3D and if you have a chance to see this movie in 3D over seeing it in a regular theatre go for the 3D version as it is well-worth it! It’s a beautiful movie and with the 3D aspect it really brings the movie to life even more!

If anyone is concerning the purchase of Cinema Treasures I’m here to tell you that I just rec’d my copy and am very pleased!

“The Polar Express – 3D IMAX Experience” is well worth a few extra bucks. I agree with Patsy… don’t see the regular version… see the 3D version… it is such a ride! And the 3D is the most precise and perfect that I have ever seen. In Louisville, KY, as of this posting, you still cannot walk in on a Sat. or Sun. and see the 3D version. Tickets must be purchased two or three days in advance because of the demand.

About Louisville’s new IMAX screen at Showcase Stoneybrook. I have to give the auditorium 1 out of 5 stars… I was disappointed. Basically, NO remondeling took place. There was a bigger screen… literally from wall to wall, and floor to ceiling. However, I felt it had a temporary appearance… as if it had been stuck in there for just a few days. This could have been a result of rushing to have the auditorium open in time for the release of “Polar…”. Perhaps it will be cleaned up a little later. The biggest disappointment was the seating. IMAX auditoriums traditionally have rows of seats that have a steaper incline than today’s stadium seating. Each row back is so much higher that it feels like the rows are stacked on each other. Even a person in the very back row feels like his/her face is shoved into the screen! Stoneybrook did nothing to the seating… perhaps it would have been too expensive to reconfigure the poured concrete flooring. I sat in a row that was only half-way back from the screen and I could easily look at the screen edges right in front of me. An IMAX screen should be completely out of a person’s peripheral vision.

In all fairness, this new IMAX screen is now the biggest screen in Louisville to see “traditional or mainstream” movies… so that is nice. I guess I had expectations based on other IMAX screens that other chains across the country have installed.

Troy W: Sure was nice to read your lengthy and informative reply to my Polar comments. So now if anyone is considering whether to see Polar in 3D or a regular version they now know which to choose! The faces and ‘realness’ was superb! One question: If one were to sit closer to an IMAX screen would it be the same as sitting half way back or further? We weren’t able to sit in the very center as that fills up first usually and the day we went it was mostly senior citizens rather than children. Two things happened…..a man was sitting in the row next to us and his seat was fell between me and my husband’s seat the way they lined up and he was wearing a baseball type cap. I eventually moved over and then my husband HAD to ask him to remove his hat which he did so as a suggestion to others please be considerate and remove your hat before the start of a wonderful movie or any movie, for that matter. Thanks. And the second thing that happened was this…….2 ladies and a man were behind us and when the first snow scene appeared before our faces and the snowflakes seemed like they were falling within arms reach I overheard the man say “that’s the closest I want to be to snow”. I waited patiently until the movie was over and as I was leaving I turned to the 2 ladies and the man and said “do you know what the best thing was about that movie? and before they could reply to me I said…."The Snow” as I pointed my finger at the man who made that snow remark in the first place!