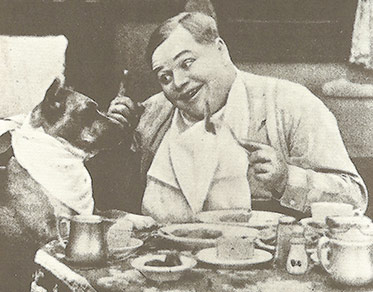 PEEKSKILL, NY — The Paramount Center for the Arts (PCA) continues its acclaimed Music&Film Series on Saturday, October 1st, 2005 at 8PM, with the World Premiere of Dave Douglas & Keystone Project’s original jazz score to the films of Roscoe “Fatty”? Arbuckle. Following the performance, there will be a brief Q&A session with Mr. Douglas.

Dave Douglas' original pieces, performed with his new sextet Keystone, invoke the humor drama, tragedy and hilarity of Arbuckle’s films and his life. The new electric scores performed with Keystone Project are meant to capture the atmosphere of Arbuckle’s early comedies – warm, funny, funky, and experimental in their freshness. Says Mr. Douglas of his decision to score Arbuckle’s earliest works, “Of all the silent films I watched, these films seemed to have the fastest pace, most suited to the modern eye and ear. I could imagine modern music with them, and it seemed they had not been approached much in that way.”?

The event marks the first commissioning project in the Paramount’s history as a presenting arts organization. Paramount Executive Director Jon Yanofsky states: “When we first initiated the Music&Film series at the Paramount in 2003, I was eager to explore the opportunity for a living artist to breath new life into a classic silent film through the creation of an original musical score. Dave and I talked about this idea one day, and a week later he called to say: "Arbuckle. ‘Fatty’? Arbuckle.” A month or so after that he had done the research, identified the films, and was at work on the scores.“?

Dave Douglas will release these original scores on his new CD, “Keystone”?, to be released September 20th, 2005 on Greenleaf Music, as well as a DVD featuring the Arbuckle films. The CD and DVD will only be available at www.greenleafmusic.com