Vancouver, BC - The Heart Of The World 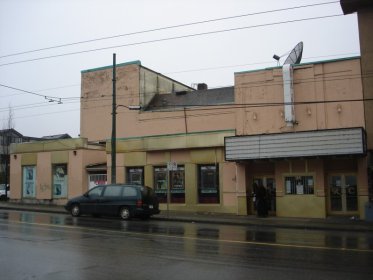 VANCOUVER, BC, CANADA — Built in 1913, the theater formerly known as the Alcazar, the York, then the New York, and most recently a Bollywood outlet called theRaja, went up for sale. We’re now trying to buy it, completely refurbish it, and turn it into a multi-disciplinary venue for anything you could use a theater for.

We plan on showing films, hosting music concerts, live plays, and are even in talks with Vancouver schools so their film students can show their work in a theater setting. We also hope to screen films from festivals like Sundance and Cannes, so these budding directors can get their films seen by as many people as possible.

Just over two weeks ago, we were all set with the $48,000 deposit when the father of our primary financier had a near fatal heart attack. He had to pull his money from the pool and the theater was left in the lurch. On December 4th we put the word out that we needed money, and fast. In less than three days we had raised the full $48,000 from donations in the form of company shares. This was a huge accomplishment, and we now have first dibs on the theater.

This is where you come in: we need as much exposure as humanly possible. The next deadline is January 15th, when we need at least $500,000 or a housing contractor gets the theater and tears it down for condos. Please, tell literally all of your friends, post the website to message boards, volunteer your time if you’re in Vancouver, buy shares or donate if you can, but above all get the word out. We need to be Slashdotted, Farked, and BoingBoinged. The more people know, the better chance we have of making this a reality.

Please direct any questions to or .

(Thanks to Scott Hatfield for providing the photo.)

Did you finally get the money together to buy it or is it still up for sale?