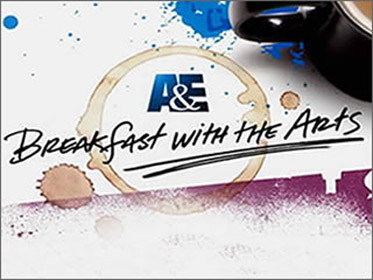 A&E Television’s “Breakfast with the Arts” series will feature a documentary on the Loew’s “Wonder Theatres”, located in the New York City metro area.

The two-hour-long episode will “tour” the various theatres, which all remain in various states of use and condition. The history and architecture of the five theatres will be explored, along with memories of the theatres and their social, cultural and economic influences on the neighborhoods they served.

A brief show detail is available at A&E’s website:
http://www.aetv.com/listings/episode_details.do?episodeid=169001

This is rare opportunity for theater enthusiasts to catch a glimpse of the Loew’s Paradise, Jersey, 175th, Valencia, and Kings all in one place!

It sure would be great if A&E would release this on DVD.

This episode is going to use photographs I took of the Loews Paradise during renovations in June August 2004.

I’ll be proud to view your photos on this noteworthy show!

Theater Historical Society assisted with this exciting show – we too wish that it would be released on DVD! If you go to the A & E website there is a place where you can request a program that is not offered for sale. Maybe if enough people do it they will reconsider?

I am glad to see that they placed extra emphasis on the Kings and Jersey Theatres, since these two are in the most “need” of public awareness and support (and the ability to get an “insider’s” look at the Kings was a rare treat – there is no reason why it couldn’t live on, serving Brooklyn as a performing arts center). Borough President Marty Markowitzâ€™s presence and comments were particularly encouraging (although I’m not expecting him to perform any miracles).

I was surprised that no interior footage of Loewâ€™s 175th was shot â€" that place is supposed to be in immaculate condition, and I thought â€œRev. Ikeâ€ welcomed film crews and public access.

The documentary was well-researched and very comprehensive, with many of our Cinema Treasures “regulars” (such as Ross Melnick, Orlando Lopes, Bruce Friedman, Warren Harrisâ€¦) contributing with interviews and stories. Also nice to see the Museum of the Moving Image, Theater Historical Society of America and Friends of the Loewâ€™s involved and credited. You were all great!

However, one very interesting point was left out that might leave viewers “wonderingâ€: why did every borough of NYC have a â€œWonder Theatreâ€ except Staten Island, and why was it decided to locate the fifth theater in Jersey City instead?

With regards to Staten island, my understanding is: (1) its population at the time was comparatively too sparse (it was considered “rural”) and (2) there were already enough theaters serving the area; therefore, the “market area” was considered “saturated” and unable to support such a large theater, making it economically unfeasible.

Was Jersey City chosen for population density? Or access to rail transportation?
(The Journal Square location seems particularly odd, considering that the much larger Stanley Theater opened just the year before across the street.)

Poor Staten Islandâ€¦treated like the forgotten stepchild and always getting â€œshortchangedâ€. Passed over forâ€¦ New Jersey (of all places)!

So you see why my tiny borough didn’t get it’s Wonder Theater. In 1930 Brooklyn had 16 times the population of a then semi-rural Staten island!

David Brinkley did a half hour (A little less without the commercials) NBC special on the movie palaces which was based on “Best Remaining Seats” back in the 1960’s.It would be nice to see this replayed. I wish A&E would have not split their special since it broke the continuity. Before Cable Vision took over the AMC channel,the host would come from various former movie palaces, so that idea is not new. There is so much material that could be made into documentaries. I would like to see a special on the magnetic S.L. Rothafel (“Roxy”)– considered father of the movie palace.

David Brinkley did a half hour (A little less without the commercials) NBC special on the movie palaces which was based on “Best Remaining Seats” back in the 1960’s.It would be nice to see this replayed. I wish A&E would have not split their special since it broke the continuity. Before Cable Vision took over the AMC channel,the host would come from various former movie palaces, so that idea is not new. There is so much material that could be made into documentaries. I would like to see a special on the magnetic S.L. Rothafel (“Roxy”)– considered father of the movie palace.

I concur with ERD! The original AMC is fondly remembered. At least its broadcasts from the old movie palaces were intertwined with films and shorts that were relevant to the subject matter. The “new” AMC bills itself as TV for “people who love movies” but it is anything but! The terrible and ntimely commercial interruptions and the juvenile banter between movies are enough to turn any movie lover off! This A&E special had too much choppiness and the stuff in-between just seemed like added material that did not fit, and would’ve been fine in some other TV broadcast. What a disappointment! At least some of the “Cinema Treasures” regulars had some shining moments!

Perhaps Mr Crowley & Mr. Melnick of CINEMA TREASURES could produce their own doumentary on the movie palaces. They certanly have the professional skills and well of material.

Since the company that owns A & E also owns (among others) The History Channel it would be beneficial to contact the “powers that be” in large numbers to advocate for more exoposure for our historic theaters!

correction for my post:They certainly have the skills and wealth of material.

ERD… you might want to try the Museum of Television and Radio (formerly the Museum of Broadcasting) in NYC to see if they have archival tapes of that Brinkley special from the ‘60’s. The museum used to be located on E. 52nd Street just a few doors down from 5th Ave, but I lost touch with them about the time they changed their name and were expanding their facilities. I think they are still in that same area (if not on the same block) and had a wonderful library of tapes available for private viewings by members. I think there might have even been a fee schedule for none members. It might be worth checking out.

Would love to see this program.