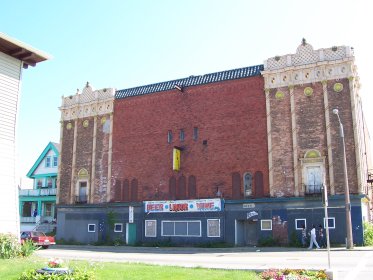 MILWAUKEE, WI — For Milwaukee’s long-closed, long-deteriorating Venetian Theatre, its roof for years open to sky,rain, and snow, might the darkest hour be preceding a new dawn?

Paul Bachowski of MUSIC LLC, Milwaukee Urban Skyline Investment Company, has announced plans to renovate the 1927-vintage neighborhood movie palace. In a February 1, 2007, posting on the Web site of Milwaukee Renaissance, Bachowski notes that a city official has stated that the city will hold off on plans to demolish the long-vacant theater if Bachowski can produce a “financially supported renovation plan.”

Bachowski states that he plans to raise at least $200,000 toward the first phase of the theater’s renovation, adding that a nonprofit entity will be formed to oversee the renovation of the interior and manage fund-raising. He adds that his partner in the effort, Devon Duke, will oversee operation of a nonprofit lounge in the theater’s lobby to help raise money to “make the theater functional once again.”

Once the initial $200,000 funding is obtained, Bachowski says, renovation efforts for the theater’s interior will be visible to the public through “secured windows.” He adds that “(g)rant support and partners with money and skills will be crucial.”

The Venetian’s renovation, Bachowski also says, is expected to be a “major catalyst” to successful redevelopment of its neighborhood through tax-incremental-financing monies and mixed-use developments near the theater. His vision for the future of the theater and its neighborhood includes trolley shuttles from Milwaukee’s Bronzeville Cultural and Entertainment District to the Venetian, which he envisions as a new venue for live performances by area African-American theater companies.

Bachowski’s full announcement is at the following Web address (copy and paste it into your browser window if it turns out not to be a working link):

Renovation of the Venetian, located on Milwaukee’s north side, would join efforts now being planned to renovate and reopen the Avalon Theatre, located on the city’s south side. The two theaters, along with the former Zenith (now a church, but with most of its theater architecture intact), are the three survivors of five atmospheric theaters built in Milwaukee.

[Congratulations, thanks, and best of luck, Mr. Bachowski! My thanks also to my friend Mike McC. for informing me of the effort and the link to Mr. Bachowski’s announcement. —S. E.]

(Thanks to Scott for providing the photos.) 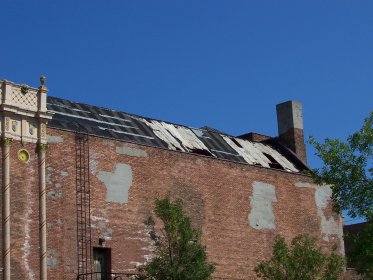 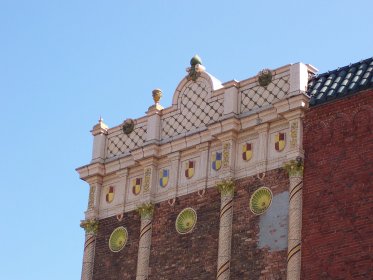 I have previously stopped by there and looked around with renovation in mind. I wish you the best of luck.

I never would have believed anyone would contemplate renovating this theatre. It has been run down for so many years. There doesn’t appear to be much more than a shell left, and even that is in rough shape (e.g., the roof). Hopefully this project can get off the ground in spite of all the tough challenges facing it.

This theater does have great potential. Its renovation/restoration will foster revitalization of the existing town. I am particularly fond of the glazed terra cotta work on the facade. Please keep us informed. Bless you!

Interesting photo. Houses all around apparently. I guess it was a neighborhood theatre in the truest sense of the word.

Thanks for all your input, friends. But don’t thank me' I’ve just spread the word. Thank Paul Bachowski and his partners in his efforts to renovate the Venetian.

Although I certainly do not speak on behalf of Mr. Bachowski or his organization, he told me earlier today (Monday, February 5) that his deadline for firming up first-stage funding is this Thursday, February 8. Time thus is indeed of the essence—so if anyone “out there,” whether from Milwaukee or elsewhere, knows of any potential sources of grants and/or other possible funding for this project, now is the time to contact him and let him know. To get contact information for him, click on the link to Milwaukee Renaissance in my main article above.

Just to make record of it, the Venetian was razed starting March 27th, 2007. As of today, April 15th, only the stage wall remains standing.