The age of the aficionado 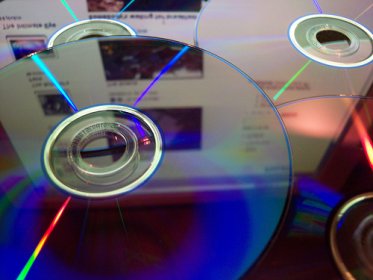 I held out on buying a DVD player for the first five years of its existence. After all those years of investing in VHS, it was really annoying having to replace all that material. Like a fool, I thought, “how could it be that much better?”

Five years ago, I finally caved in and got one. My bank account hasn’t been the same since. I didn’t just replace those favorites I had on video, I went all out. Like so many people I’ve seen, I became obsessed with cultivating the ultimate DVD collection. I had to possess key examples of every era, of every genre. I wanted to people to come into my apartment, spot it and say, “wow, that guy knows movies!”

My intentions weren’t purely egotistical though, I swear. What really got me with DVDs was the presentation. I’d always appreciated it when videos would have extra content. When I sunk my teeth into my first special edition DVD, I was in heaven. It’s these bonus features that made me look at DVDs not just in terms of the main film but as more of an encyclopedia on the subject. In this sense, I truly felt like I was building a library.

Initially, I thought that special editions wouldn’t really catch on. Maybe the film buffs would buy into it but surely the average consumer would prefer the simple bare bones release due to price. Was I wrong. Over the years, it seems like the no-extras, single disc DVD is becoming more and more obsolete. Cashing in on the obsessions of other library builders like myself, studios are putting more and more money into providing ultimate DVD packages. At least in terms of home entertainment, I think we can be very happy with this trend because DVD releases are being catered to a more sophisticated audience.

Just the fact that certain films are being released is evidence enough that something positive is occurring. Back in say 2000, the chances of more than just the most popular Golden Age films were pretty slim. Check out the shelves at your local retailer nowadays and the effort of Warner Brothers on their boxed sets alone is enough to give you hope that even your most obscure favorite will one day see the light.

So, has the audience changed, the studios changed, or a few special editions sold a lot of copies and studios decided the higher-priced releases would yield more cash? With multiple releases and the ever-growing technology, the studios are certainly learning that they can charge you even more to be a true completist. If the average film fan has changed though, will this eventually affect releases in theaters as well?

(Thanks to C.P.Storm for providing the photo.)

How old are you??? Don’t you remember the LaserDisc format? In case not, allow me to mention that the “Special Edition” concept and trend on DVD is a carry-over from what had begun on LaserDisc. Same thing with the trend of presenting movies in their original widescreen aspect ratio.

I will agree that there are a LOT of fantastic so-called “Special Edition” DVDs available—certainly many more than what was ever released on laser—however, I think the studios are guilty of destroying the value of the “Special Edition” concept by releasing TOO MANY titles with extra stuff.

That’s what you get when the guy writing this stuff is only 25! Yeah, I had heard about special editions on Laserdisc but it didn’t cross my mind when I was writing this column.

I get a little bit annoyed with the over-release of special-editions too. It doesn’t bother me too much though because I simply don’t buy the ones I don’t care for.

What Really bugs me is for example THE DEER HUNTER.For years it was non anamorphic,poor quality,no extras and then suddenly a special edition appears looking fantastic but hardly any extras.I think some fans of the film may purchase it but the cheap version is so deeply saturated in video stores and dvd collections that the new version is mostly ignored.I agree a not so special edition hurts the value of the medium.I have started a HD DVD collection now!It is great but expensive.

As a freelance editor/VFX artist/graphics/DVD authoring & teacher/trainer etc, I also built a ‘library’ of DVDs, also looking for the greatest special limited version available, with making of features, commentary tracks and the likes. I’ve stopped with my obsession (always trying to get it as cheap as possible too) about a year ago, when I realised that I had pretty much enough (350 DVDs, not so much for real afficiniados, but considering the prices have only started to drop below $20 about 2 years ago here in the Netherlands..). I’ve learned to wait (eventually you will be able to pick it up at $5 – or newer editions will come out), and soon we’ll be replacing this collection with HD-DVD / Blu-Ray versions too!
I’m not sure how it will affect the theatre-going audience. Maybe they’ll stay home more, maybe they will realise that the ultimate edition should be seen on a proper screen first? Let’s hope, but in general I don’t think it will affect the way people go to theatres much more than it hasn’t already in the last years, with a tiny loss of moviegoers that prefer their home theatre experience above the multiplex one.

I would trade all the “extras” (“making of…”, interviews, etc.) for better sound and image quality of the main feature at a lower unit price.