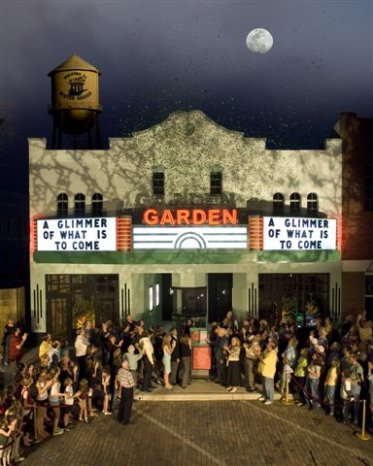 WINTER GARDEN, FL — The restored facade and marquee of the 1935 Garden Theatre were revealed at a community event on Thursday, March 1. After being vacant for over 40 years, the house will come to life again in early 2008.

The restoration is being accomplished by the Winter Garden Heritage Foundation, with a budget of over 3 million dollars. The theatre will include a 35 foot deep stage, an orchestra pit, and a new building behind the stage containing rehearsal space, dressing rooms and restrooms.

(Thanks to Irv for providing the photo.)