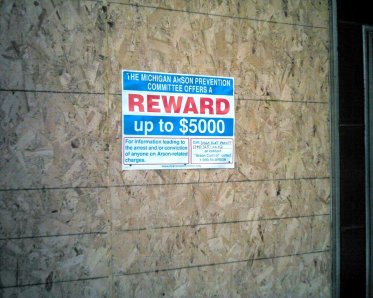 OWOSSO, MI — In researching my article about the Capitol Theatre/Lebowski/Lebowsky Center, I found some vintage photos of the theater’s front facade. One is a 1948 photo of the Capitol Theatre, before it was renovated in 1952. The 1952 marquee fabricated by the Long Sign Company of Detroit had horizontal neon letters spelling out “CAPITOL” mounted on top of each side of the marquee.

Another is a 1986 photo taken shortly after a church took over the theater and was given the “Lebowski” name with the “CAPITOL” neon letters removed. After the Lebowsky family foreclosed on the church and the Owosso Community Players took it over, the Lebowsky spelling was changed.

I took new photos including a new front facade shot similar to the vintage pictures. Two other significant photos I’ve included are of a “reward poster” as it was previously mentioned that the fire was “suspicious” in nature. Further updates on the Lebowsky Center fire will be reported as they become available.

(Thanks to Gary Flinn for providing the story and photos. We’d also like to thank the Owosso Community Players for their permission to use the older pics.) 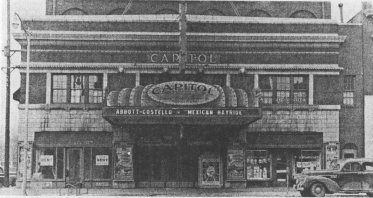 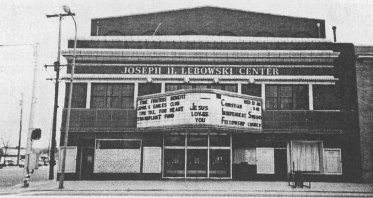 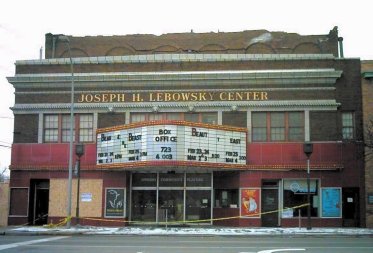 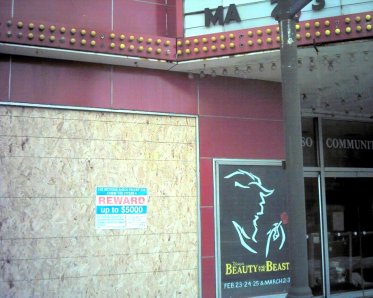 The article I mentioned in this report is now on line at http://www.waterwinterwonderland.com/flinn.asp

Hello, I just want to contribute a picture of a mirror I bought in 1980, at a second hand store on the side street of the Capitol Theater. I have cherished it for many years. It is a large oval ceramic mirror that hang in the lobby in the early 30’s, is what I was told. If anyone is interested in seeing the mirror I will gladly email them. I would not part with the mirror, for it hangs in our new addition we built here in FL. Thanks for giving me an opportunity to share. G. Morris