All hail the pirate slayer! 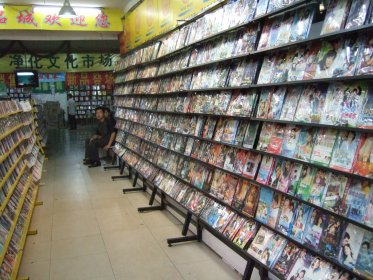 One of the hot topics on this site has always been the importance of maintaining a premium moviegoing experience. Even if that doesn’t always amount to superior sight, sound and seats, I think we’ll all agree that helpful employees is a big part of reaching that next level.

Talk of the quality of the average theater employee typically elicits scorn in these parts so I thought you’d appreciate this Allied News story about a kid truly earning his paycheck at his local theater. Christopher Payne carefully observed a possible movie pirate and used all means necessary to take him down. How about that?

For Marquee Cinemas employee Christopher Payne, being nicknamed the “pirate slayer” by co-workers has little to do with one-eyed, peg-legged treasure hunters and more to do with stopping what experts call “the biggest threat to the motion picture industry.”

Payne interrupted the illegal pirating of the movie “Pride” in May — a federal crime — helped recover the camcorder used, and also received a $500 reward along the way. Not bad for the 16-year-old Woodrow Wilson High School junior.

More than the billions of dollars lost by the growing trend, it’s the theater owners that suffer the most with this practice. While studios have other sources of revenue to tuck them in at night, theater owners have nothing if no one shows up.

The fact that society is moving in a direction where people feel no guilt in this is pretty sad. In the online world has the media is not as tangible as it is in on a screen or in a DVD case. With that, people don’t feel like they’re really stealing anything. And of course, you’re not nearly as much at risk of being caught. Doesn’t really make it ok though.

If anything can stop or at least slow down movie piracy, it remains to be seen. With quicker computer connections and more movies on the market, the future looks bleak. That is unless Christopher Paynes start popping in all our local theaters.

(Thanks to H@r@ld for providing the photo.)

I’m surprised that people are still interested in purchasing these poor-quality pirated films when the standard DVD releases of most any film is only just a few months after the film’s theatrical release. Not a long time to wait, if you ask me.

I fear that with the current onslaught of illegal computer download of movies, the high price of tickets and the general irritation that can come from visiting the local multiplex, before you know it, most or all films may innevitably go straight to DVD. I fear that by the time my little boy becomes a grandfather, the movie theater itself may become extinct.

That will be tragic.

I just doubt that will happen. As unless people get the ability to put movie theater sized screens in their house with a nice 7.1 surround sound setup, people will still go out to movie theaters. You just can’t replace seeing a movie in a theater with a widescreen TV and a regular 5.1 surround system. I also don’t think the illegal downloads will hurt, as I feel these are people that weren’t going to go see the movie anyhow. You can’t lose a sale you were never going to get in the first place!

You know, in as much as I love owning my favorite movies on DVD or VHS, sometimes the easier and quicker it is to get something, the less special it seems.

When I was a kid in the late 70’s, the only way you would experience a movie you loved all over again was to hope that the studio would re-release it in the theaters before eventually finding its way to pay-cable and broadcast television. It somehow felt more meaningful and worthwhile in that sometimes good things would come when you waited.

When I was 9 years-old my favorite movie was the remake of KING KONG (for a while, anyway, until STAR WARS). My dad took me to see it upon its release in December 1976 and I was delirious with joy when it was re-released the following spring because it meant I could see it again in all of its big screen glory. When I was a little older, I did not get to see THE EMPIRE STRIKES BACK and RAIDERS OF THE LOST ARK during the summers they were released. Thank goodness for their re-releases, or I might not ever have gotten to experience them on the big screen.

Today, movies (even the great ones) are hardly in the theaters for a month before they’re already announcing the DVD release date. In 1977, STAR WARS had it’s first run in theaters for nearly a year. In 2005, REVENGE OF THE SITH had already started to dwindle away from theaters by late June.

Something special has definately been lost in all of this.

I know I’m waaaaaayyyy late in responding here, but the fact that this kind of illegal piracy of movies is allowed to occur at all is a complete and total disgrace. Yes, I really think that it has helped promote the slow death of cinema and the movie business as we all know it. I thank my lucky stars that I’ve gotten to experience great movies on the great big wide movie theatre screens both before and after this kind of illegal piracy of films began taking place. If not for the few movie palaces left here in the United Staes, including the Brattle and the Coolidge, both of which I hold memberships to, I’d probably never, ever see any of my alltime favorite films, including my real favorite, West Side Story, on the great big, wide movie theatre screen again. Thank heavens I’ve got a fuel-efficient ca(A Honda Civic Hybrid), so I’ve been able to make occasional road trips to neighboring states to see a West Side Story screening, too, and not feel bad about using the gas because I don’t drive long distances that much, and my car is fuel-efficient.

Anyway, back to the subject at hand: Now, people are downloading movies on their computers, iPods, etc, or taping them in theatres on occasion, which strikes me as rather parasitic, imho. It’s a case of wanting something for nothing. I honestly wish they’d prohibit this kind of piracy of films, and I often find myself cursing the day that the SCOTUS voted to allow videos to be made of movies.