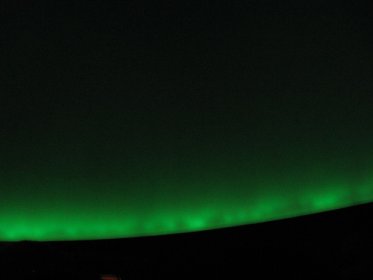 SAN DIEGO, CA — The world’s first IMAX-Dome theater is undergoing a complete renovation and will reopen completely remodelled in December.

The theater in Balboa Park at the Fleet Science Center will boast a new screen, sound system, seating and carpeting. The cost of the project is estimated at $20 million. This is the first renovation since it was built in 1973.

IMAX-Dome is a rebranding of the original OmniMax format developed by the IMAX Corporation. The system uses a “fisheye” lens to project images on the inside of a planetarium-like domed theater. The format was specifically developed for the Fleet Science Center which wanted a large-format film system to use in its planetarium.

Unfortunately, there are only a handful of films that have been made in the OmniMax format, most dating back to the 1970s and 1980s. Nearly all OmniMax theaters now project regular “flat” IMAX films onto the curved dome leading to distorted, curved images. The number of IMAX theaters far outnumber OmniMax theaters, and economically it makes more sense for companies to make their features in IMAX rather than OmniMax. Relatively few people these days may have even seen a movie in the true OmniMax format.

(Thanks to straightedge217 for providing the photo.)

There’s an Imax Dome theater near me at Liberty Science Center in Jersey City. It was renovated just recently alongside the expansion project for the science museum, which I haven’t been to in a long time. Seeing a movie in this format is more immersive than watching a regular IMAX or 35mm movie.

It’s only more immersive if the film was shot with an ultrawide 180Âº lens. A standard Imax film is grossly distorted when projected onto a dome shaped screen. Not to mention that light bounces from one side of the deeply curved screen surface to the other washing out dark areas of the picture. Definitely not the best way to view a large format motion picture.

The Museum of Science in Boston has an IMAX film theatre, which shows cool stuff from time to time. I once saw a movie about skiing there…and had a cool time. Say…I wonder what some of those great, golden oldie-but-goody classic films such as Lawrence of Arabia, West Side Story, Wizard of Oz and many of those other great classics would be like if shown in such a format.

I thought the first OmniMax theater would have been in Canada? Anyway, the Omniversum in The Hague is our only true IMAX theater left in the Netherlands, not counting the IMAX at the PathÃ© Arena multiplex which has a tiny screen with a ration of 2:1 and only screens DMRed films.
I was at an IMAX filmset at the Van Gogh museum two years ago where a French crew was shooting an IMAX film. They had also done WIRED TO WIN. Since France has a total of two IMAX screens but one being La Geode, an Omnimax one, they did a mix of very wide angle vistas and some closer-ups, to accomodate the screens/scope of both theaters. Quite interesting.
I learned one has to use grad filters when shooting wide vistas with 40 or 50% of the top being the sky, to avoid lightspill from the back of domed theaters onto the front, which would render the image too bleak.

Charlotte, NC has an OmniMax Dome theater that is also getting ready for a renovation in January ‘09. It has been a big attraction at Discovery Place Science Museum for years. Early on I saw every movie shown there and really enjoyed them. It always reminded me of an improved Cinerama process. The past few years they’ve added mainstream Hollywood movies to the mix as well. I think the distortion the dome gives to non OmniMax films makes them too distracting to enjoy though. The science documentaries fare better than the Hollywood movies but anything with people or buildings in the picture is very distorted when they are at the edges of the screen. I think the flat screen IMAX format is far superior for most movies.