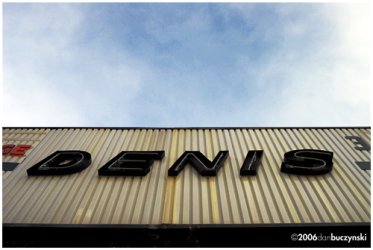 MT. LEBANON, PA — Fundraising to renovate the Denis Theatre is going slower than expected. $238,000 has been raised, but its non-profit board had hoped to raise $1 million by the end of the year.

The Denis Theatre Foundation received its first six-figure gift of $100,000 last Oct. 29th, but it seems unlikely to make this year’s goal.

An estimated $3 million will be needed for an extensive renovation to reopen the 1938 theater closed in 2004. The theater went non-profit earlier this year.

Read more in The Almanac.

(Thanks to macwagen for providing the photo.)

the economy is in the toilet but it would be nice to see the community rally and bring back a piece of there past. entertainment is so important when times are harsh like today

I wish them all the success in the world. Especially after what happened to the Hollywood in Dormont, I hope they can make a go of this place.

I wonder what the rent is for theatre you have? I am looking into the feasibility of opening a theatre in Halifax, NS and am wondering what rents for single screen theatre’s are like. I would imagine they are less per sq ft then average commercial rents since they occupy less prime street front commercial space. Is this true? What can I expect to pay for rent on a single screen theatre in a medium sized city?
Thanks,