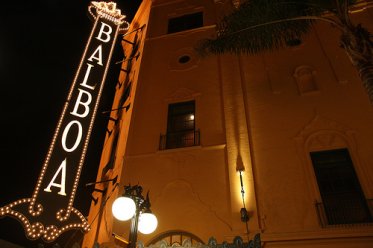 “Before it was the GasLamp” San Diego Reader blog

I have, however, written a separate account – LAST OF THE ALL-NIGHTERS – of my own memories and experiences while working the downtown theaters. I offer it here, as sort of a DVD-extra, at the bottom of the Gaslamp article, which appears below in its original “War & Peace” director’s cut draft.

Also in this blog, OVER 100 PHOTOS AND GRAPHICS that did NOT appear with the published article, most of which have never been seen outside of Miranda’s family and his closest associates!

(Thanks to San Diego Shooter for providing the photo.)

the best I read about the old Pussycat circuit.

You could almost make a book out of that!

Wonderful, wonderful account of an era every bit as historical as any of the earlier decades of classic theaters.

Toward the latter part of the story mention is made, and a poster shown, of “Green Slime.” I actually saw this movie in 16mm a couple of years ago at the Psychotronic Film Festival at Foothill College (Los Altos Hills, CA). It was totally hokey and delightfully bad, which is what made it fun!

Hearing about all those posters and press kits in the basement of the Aztec and how they likely were dumped is a tragic thing. A similar loss occurred a good ten years ago at San Francisco’s Cine Latino (ex Wigwam/Rialto/Crown—built 1912). In this case, the trove of posters seemed to go back in time, without interruption, to the TEENS! By the time someone showed up on the scene who actually cared, the loss had occurred, thanks to an aging property owner rushing to sell the building and totally ignorant of what he had. The theater still stands—completely vacant and stripped.

I remember hanging out in downtown before Horton Plaza made it “okay” to go down there for leisure, the image of those old theatres is imprinted on my memory. Thanks for the amazing read, and like RickB said, you could make a book out of it!