Alex gets by for now 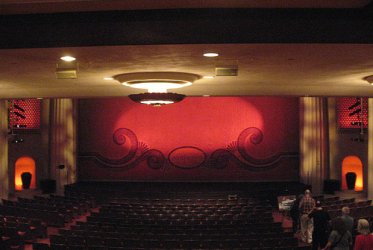 GLENDALE, CA — Despite a growing number of programs and events, the Alex Theatre reported a loss last year. While the yearly money from the city makes up for that, the theatre’s future, after they stop receiving a yearly stipend in seven years, remains in doubt.

Second-quarter financial data released Friday for the Alex Theatre reflected signs of a strengthening client base, a key indicator of how successful its role as an independent venue will be seven years from now when city subsidies dry up, officials said.

While its year-to-date loss had increased $42,000 to more than $247,700 over the same period last year, activity at the landmark theater had increased nearly 24%, bumping attendance up 4.8%, according to the report.

(Thanks to DonnaGrayson for providing the photo.)