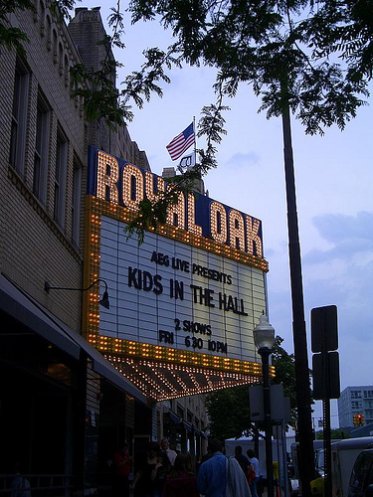 ROYAL OAK, MI — The Royal Oak Music Theatre will celebrate its 80th Anniversary with a showing of the Chaplin classic, “The Circus”, also a product of 1928.

When Kunsky Theatre first opened its doors on Fourth Street on March 6, 1928, the demand to get inside was so great, more people were turned away than were able to get inside the 1,700-seat movie theater.

(Thanks to annethelibrarian for providing the photo.)

Now THATS what a theatre marquee should look like.

It’s too bad the owners of the building evicted the original Barton theatre pipe organ 18 years ago—the voice of the silent films. I wonder what they are using for music, probably electronically amplified piano. Revisionist history at its finest.