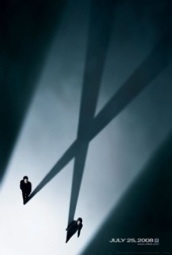 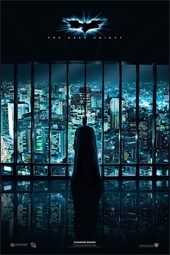 Fox and Fox Mulder will duke it out with Warner Bros. and The Dark Knight this weekend for box office supremacy. If the previous week’s tallies for TDK are any indication, though, it may not be a close race with the Christopher Nolan-directed film aiming to cross the $300 million mark this weekend, according to Variety.

Sony’s comedy Step Brothers will also bow this weekend, while Universal’s Mamma Mia looks to grab additional counter programming dollars after its $27.7 million opening last weekend, the highest grossing opening ever for a musical. According to Variety, Step Brothers will open in 3,094 theaters, while “X-Files” gets a slightly larger launch in 3,185 houses.

Good luck to Mulder and Scully and Farrell and Reilly … and to anyone looking for The Dark Knight IMAX tickets.

Will The Dark Knight break $300 million this weekend?

Scully and Mulder may be good, but not that good. Batman does not need to worry.

Very bad numbers for friday…movie is not bad……

i think batman will be number one this weekend for a second week until the new mummy movie comes out, which will knock batman out of his number 1 spot but will be number 2. I predict that the Dark Knight will probably make around $300-$400 million, edging Spiderman 1 as the highest grossing superhero movie of all time.

“Dark Knight” is still going strong and in the number one place right now. From what I understand, it grossed something like 67 million in one day!

I recently saw “Dark Knight” in a theatre not far from where I lived. Although the evening show that I attended wasn’t a sell-out show, it was well attended. Imo, it was well done, but there was a little too much explosion on the screen in some places. Heath Ledger was wonderful as the “Joker”. Michael Caine, Morgan Freeman and Christian Bale were good, also. Too bad that Heath Ledger died at such a young age.