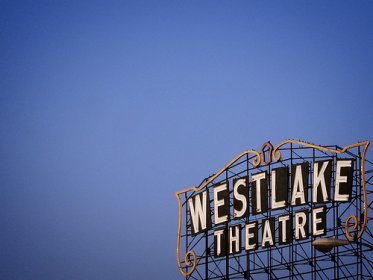 LOS ANGELES, CA — The 82 year-old Westlake Theatre in Los Angeles' MacArthur Park has been operating as a swap meet for the past 16 years. Now there are plans to renovate the theatre and turn it back into an entertainment center featuring both films and live performances. However, a lot of the locals aren’t happy about those plans.

Earlier this year, a city redevelopment agency bought the neglected theater, drawn by its charming potential and historic appeal. Plans are underway to turn it into an entertainment hub offering a mix of film and music shows, along with programs and classes for the community. Affordable housing would be built next door.

Some neighbors such as Sandra Romero, an activist and co-founder of nearby Mama’s Hot Tamales Cafe, see an opportunity to give more to residents and entice outsiders to visit the area. She pictures the theater as a place for youths to learn, artists to flourish and families to safely enjoy the district, as she used to do with her grandmother in the late 1950s.

Read the full story in the L.A. Times.

(Thanks to ballookey for providing the photo.)

Inside the Westlake, it feels as if it’d be so easy to restore. The murals need touched up of course, but they’re in considerably good shape for a building that has been a swap meet. The swap meet’s walls are built in front of the theatre’s walls and balcony stairs, similar to the way the Broadway theatres have been temporarily repurposed.

During a visit to the theatre in July, a vendor inside told me that they were “making a museum” of it soon. I told him that we were there to take photographs, unfortunately my Spanish is very little as is his English, I would have so much liked to have tried to get up into the balcony, or better yet, the projection booth…

(I posted a link to some of my Westlake pictures on the Westlake’s page.)