Taking Texas Theatre back to 1963 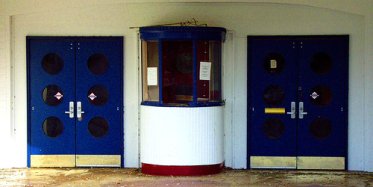 DALLAS, TX — After first reporting it last year, this article takes a closer look at the restoration of the Texas Theatre, sight of Lee Harvey Oswald’s arrest in 1963.

Jason Roberts was born in 1974, more than a decade after President John F. Kennedy was assassinated in Dallas. But as an indie pop musician who has lived in Oak Cliff for eight years, he understands the importance of preserving history, especially the Texas Theatre, where Lee Harvey Oswald was arrested.

“This almost seems like ground zero,” says Mr. Roberts, the chair-elect of the Oak Cliff Foundation, which is charged with an almost-Herculean task: restoring the theater to its condition in 1963, when Oswald was cornered near the back of the theater during a showing of the Audie Murphy movie, War Is Hell.

(Thanks to Whatknot for providing the photo.)