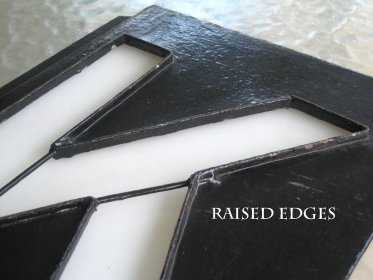 We are in possession of a complete set of approximately 500 very old marquee letters that were rescued from the basement of the Victoria Theater in Dayton Ohio in 1967.

Unlike newer letters (e.g. Adler) that were produced in the 1940’s, these letters are reverse-type cut outs, hand soldered with raised edges around each letter. Each letter has a grooved slot in the back to hold a piece of milk glass to allow for illumination from behind.

Although these were removed from the Victoria Theater, we believe they could be from the Turner Opera House that suffered 2 fires and a flood and was rebuilt in 1919 and reopened at that time under the Victory (Victoria) Theater name.

Can anyone provide additional information as to the history of this type of marquee letter and specifically to this collection from the Victory Theater or Turner Opera House?

We had alot of these at my dad’s one theatre in Pittsburgh, Pa. However vandals liked them more and destroyed them all.

Please don’t sell them to a private collector.I recommend donating them to their fabulous museum. It contains thousands of wonderful cinema and theater artifacts.
This organization is a tower of information, especially photos. They offer older and younger generations (still to come) the chance to physically see what our forefathers created for us to enviously savor in awe!

You might try getting in touch with Wagner Signs of Elyra, OH..http://www.wagnersign.com/ they specialize in historic theatre signage..they might have some knowlege into these letters.

I worked at the LOEWS MELROSE in Nashville, Tennessee back in the day. Its marquee letters were metal and we had a very large room that they were stored in. The large letters were very heavy to me when I used to change the marquee of course i was just a skinny teenager back then. I also worked at the LOEWS CRESCENT and LOEWS MADISON but the had lightweight plastic letters.Red at the Crescent and black at the Madison.

Just wanted to check and see what you ended up doing with your Marquee lettering..