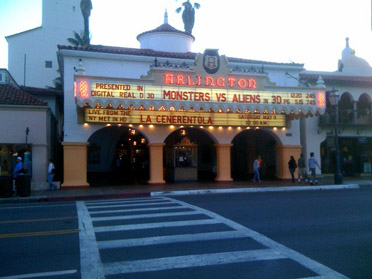 LEXINGTON, MA — I am excited to announce my forthcoming lecture at the National Heritage Museum, “Exhibiting Change: Movie Theaters and American Culture from the 19th to the 21st Century,” Sunday, March 28th, at 2:00pm.

This lecture will discuss the changes in theatrical motion picture exhibition from the 19th to the early 21st century. “Exhibiting Change” will discuss the rise of nickelodeons, deluxe theaters, and movie palaces; Depression-era moviegoing; World War II and the movie theater as recruitment and information center; the postwar boom of drive-ins, art houses, and shopping center theaters; the development of multiplexes and high concept, blockbuster films; and contemporary theatrical and home exhibition and the future of moviegoing. Throughout, the movie theater as a community and entertainment center will be foregrounded.

Like the Cinema Treasures (2004) book I co-wrote with Andreas Fuchs, there will be a significant discussion of how technological, cultural, and industrial changes have and will continue to impact the plight of historic, single screen theaters.

The lecture will be punctuated by still and moving images that capture the excitement and texture of the last 100+ years of moviegoing.

This lecture is presented in concert with the Museum’s terrific exhibit, “The Art of the Movie Theater,” ongoing until May 31.

Any plans to take this tour on the road (to LA perhaps)?

Hi Chris — I’d love to. I just wrapped up a six-part lecture series on the same topic for the National Association of Theatre Owners of California/Nevada that took place once a month between October 2009 – March 2010.

I live in LA so hopefully there will be an opportunity to present this lecture in other venues in the future. For now, I’m excited to see Cinema Treasures and movie theater fans this coming Sunday.

Are you planning to visit any local theatres while in the Boston area? I bet that Ian Judge at the Somerville Theatre would love to meet you, and so would the folks at the Coolidge and Brattle.

I got to attend all but one of Ross’s NATO lectures, and I urge everyone who has the chance to attend to do so.

Ron — I would love to meet Ian and everyone at the Coolidge and Brattle. Thank you for the suggestion. I’ll send an email asap.

Thanks for the vote of confidence Edward … and Roxy is on its way shortly. I promise!

This sounds great. I will make every effort to attend.

Ross, I’d absolutely love to attend, but unfortunately time and distance restraints conflict. One idea might be to video your talks and make them available as a series, or better still, possibly a documentary. It would certainly go a long way toward increasing the understanding of how ‘exhibition’ was and remains today, the driving force of the film industry.
Ray

Ray — A few years back, we assembled a terrific group of writer/producers and a very accomplished director to make a documentary about the history of film exhibition. We began raising some of the money, but not enough to shoot the documentary the way it needed to be produced. We’re still hoping to do it someday soon.

Ross, excellent!
When can we book the L.A. lecture? The LAHTF would love to present you in the historic theatre of your choosing (pending availability, of course.) I really miss Massachusetts. Hug Boston for me and give my regards to Lance at the Emerson Majestic – and all over the theatre district.

Thanks for the offer — let’s talk offsite at ross at cinematreasures.org and find a good time this summer. Thanks again!

Ross,this is on my agenda this weekend!I had viewed the “The Art of the Movie Theater” exhibit with friends a few months ago very nice, the museum is a beautiful venue. It would be nice to meet other CT members.I’m from Waltham, Ma. and live in New Jersey now and would like to meet some of those knowledgable Boston area CT members!