Viola Barton, former silent film pianist, died in Glendale, California January 30, 2010. She was 107, born March 11, 1902, just five weeks shy of her 108th birthday. This likely went unnoticed nationwide although she was a favorite of the local press. Unlike Rosa Rio and Bob Mitchell who were still actively playing for silent films, Mrs. Barton played privately for herself and friends at the retirement home where she lived.

She played piano for silents in South Dakota throughout the 1920s. She also taught music and gave concerts. The deaths of Mitchell, Barton and Rio all within the past year seem to close the final and remarkable chapter of accompanists who lived to advanced ages. 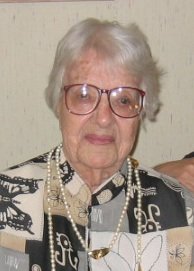