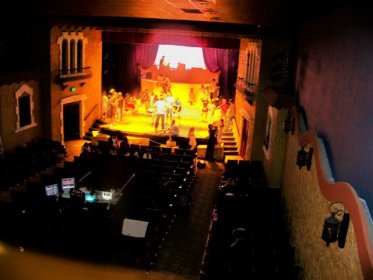 WINTER GARDEN, FL — The Garden Theatre will kick off its 2010-11 live theatrical season October 15 through November 7 with “Noises Off”, produced by the Jester Theater Company. Other productions include “A Christmas Carol”, “Shhhh!”, and “Greater Tuna”. The season will conclude in April-May with the theatre’s second home produced show, “The Sound of Music”.

The Garden, truly a success story in small town theatre restoration and operation, is now governed by its own board, independent of the Winter Garden Heritage Foundation. The Foundation restored the theatre and then administered the house since its opening in 2008. Tremendous support is also given by the City of Winter Garden, and the theatre’s patrons. The Garden is also frequently booked for private events.