The Paramount Theatre brings “The African Queen” to the big screen 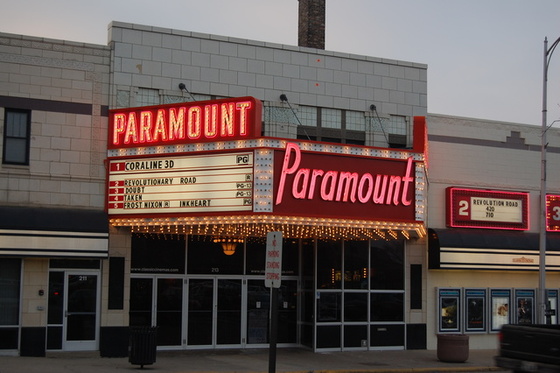 KANKAKEE, IL — The Daily Journal is sponsoring a Classic Film Series at the Paramount Theatre, at 213 North Schuyler Avenue, in honor of the theatre’s 80th anniversary. The series will take place at 7 p.m. on the second Thursday of each month in October, November and December. The first film to be presented is “The African Queen” (1951) on October 13th, starring Humphrey Bogart and Katharine Hepburn.

“The African Queen” takes place in Africa during WWI and tells the story of a riverboat owner/captain who is persuaded by a strait-laced missionary to use his boat to attack an enemy warship.

“It is important for us to thank our subscribers for their continued patronage and support,” says Kenneth Munjoy, General Manager of The Daily Journal. “This film series is a great way to reward subscribers as well as promote a great community partner like the Paramount.”

Seating for each movie is limited and will be available on a first come, first served basis. Passes for subscribers do not guarantee seating, so it is best if pass-holders arrive early.

Classic Cinemas, based in Downers Grove, Illinois, is a family-owned company operated by Willis, Shirley and Chris Johnson. Established in 1978, Classic Cinemas operates 13 theatres and will soon offer 100 screens in the northern Illinois area. For more information on Classic Cinemas, please visit www.classiccinemas.com.

For further information about Classic Cinemas or the Classic Rewards program,