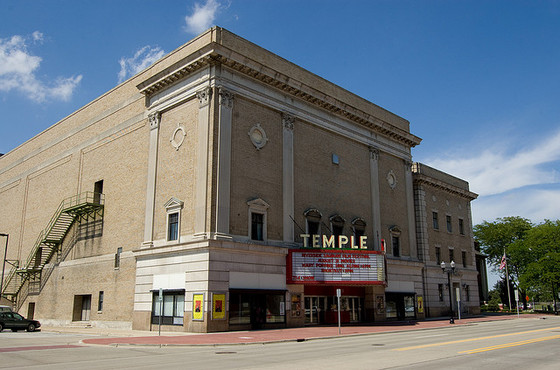 SAGINAW, MI — The Temple Theatre Foundation has exceeded its goal of $5 million by raising $5,083,000 for the foundation’s endowment fund of which interest from the fund will be used for operations and upkeep of the historic theater. The money was raised by hundreds of people, businesses and foundations. The Shaheen family donated $700,000. They bought the Temple Theatre in 2002, saving it from demolition and restored the theater. They turned over the theater to the newly formed Temple Theatre Foundation last year.

Additional details, including video, are available from WJRT.

(Thanks to ifmuth for providing the photo.)