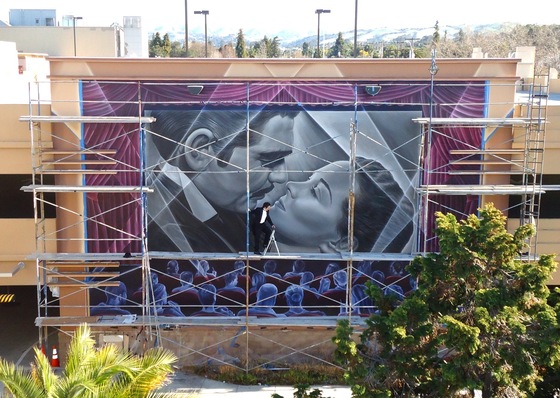 “Hollywood Meets Hayward,” is a series of three murals that surrounds the Cinema Place Parking Structure located at the corner of Foothill Boulevard and C Street in downtown Hayward, California.

This is fun to see. It is in keeping with the feel of the Century ‘plex that is in Downtown Hayward, which has a Moderne Revival vertical sign and other elements evocative of theatres past. Aesthetically, this and the murals serve to partially make up for the fact that both of Downtown Hayward’s classic movie theatres, the Hayward and the Ritz, are long gone.