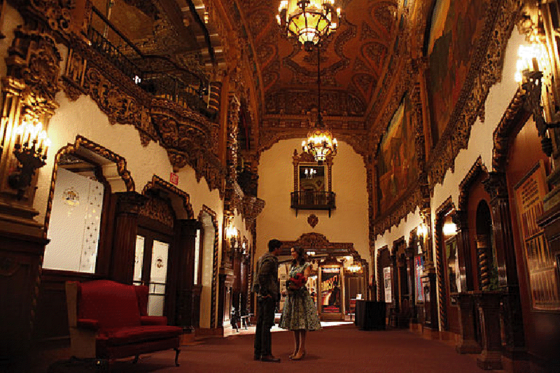 STATEN ISLAND, NY — The St. George Theatre featured prominently in last Monday’s episode of the NBC show SMASH. The Steven Spielberg series has filmed ninety percent of the musical (stage) numbers at the 83 year old Staten Island theatre and the last episode showed much of the interior architecture. The remaining two episodes also will have extensive interior shots as well as the exterior and marquee.

The St. George is serving as the fictional Wilder Theatre in Boston where the Broadway bound play, “Bombshell”, is going through a technical try-out. The play is about the life of Marilyn Monroe.

(Thanks to Henry Decker for providing the story and photo.)