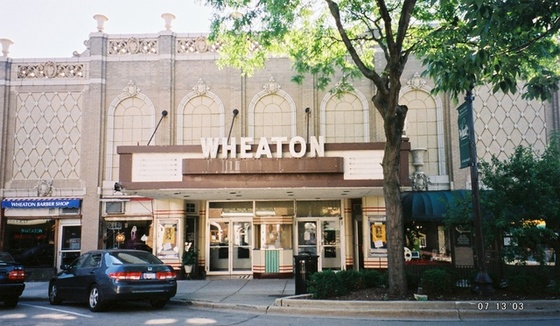 WHEATON, IL — A group of volunteers has launched a crowd funding campaign through IndieGoGo to purchase and restore Wheaton Grand Theater, with the intention of reopening it as a performing arts center. IndieGoGo is a crowdsourcing platform that helps projects come to life. However, projects must meet their predetermined funding goal before any money changes hands.

The volunteer group intends to bring an audience of more than 8,500 people a month to the new Wheaton Grand. It aims to focus mainly on music while incorporating a variety of performing arts, including dance recitals and magic shows.

“The new Wheaton Grand will be a community center for music and other performing arts while also giving the downtown economy a huge boost,” says project leader Rob Blohm.

The volunteers hope to buy the building and perform several repairs and upgrades: replacing the lobby roof, upgrading the heating and air conditioning system, repairing some of the crumbling ornate plaster work, expanding and renovating the bathrooms, and installing professional level sound and lighting equipment. To thank backers for their contributions, the project offers several tiers of rewards, ranging from stickers and T-shirts to VIP passes to concerts and a Wheaton Grand slumber party.

The Wheaton Grand originally opened in 1925 as a movie palace and vaudeville theater. Having officially closed down in the late ’90s, the Grand was given a new lease of life in 2002 when it was reopened by a volunteer group that began hosting a wide variety of concerts, from rock to country to jazz. In 2005 the theater was added to the National Register of Historic Places, and was also voted as “Best All-Ages Concert Venue” and “Best Original Music Venue” in Suburban Nightlife Magazine’s annual Best of the Burbs contest.

“Our goal is to improve on that legacy by continuing to provide an all-ages concert venue as well as a performing arts center for the community,” says Blohm.

For more information or to support the project, please visit www.indiegogo.com/thegrand.